A proposed development along the Red Line bus rapid transit corridor in Broad Ripple promises to be a significant mixed-use project. According to documents filed with the City, Midtown Development Partners LLC wants to construct two buildings on four parcels located on the east side of College Avenue just north of 62nd Street: 6201–6217 N. College. The five-story north building tops out at 77 feet and will include 69,602 square feet of office space that will be occupied by a local tech firm with roots in the Village. The four-story south building will be just shy of 52 feet tall and will include ground-floor office space as well as slightly more than 21,000 square feet dedicated to a maximum of 36 apartment units. A plaza will separate the two buildings to allow natural light to filter in.

At a November presentation to the Broad Ripple Village Association Land Use and Development Committee, one of the development partners, Kyle T. Hughes, managing principal of Broad Ripple-based Veritas Realty, declined to name the tenant. “It’s an IT business that provides life sciences and medical staffing as well as accounting services,” he said. Hughes estimated that a workforce of 200 to 250 employees would be employed on-site. Misha Rabinowitch, attorney for the development team, said that housing in the south building would be primarily for visiting workers who attend multi-day training events. “Some units will be designated ‘workforce housing’ for people whose annual income is below 80% of the area median income,” he added.

Parking will include 49 on-site spaces below grade with access from a public alley. The developers plan to lease 100 additional spaces on the top floor of the nearby Broad Ripple Parking Garage.

BRVA executive director Colleen Fanning called the proposal “the single most transformational project for the Village” because of the influx of jobs and daytime activity that should benefit local retail operations. The development team won the support of the BRVA committee with a few stipulations, including one that the developers provide screening on the north façade adjacent to the Lincolnshire Apartments. 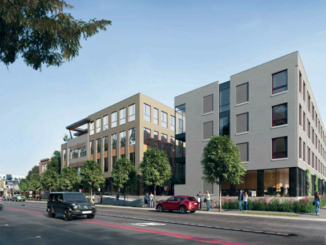 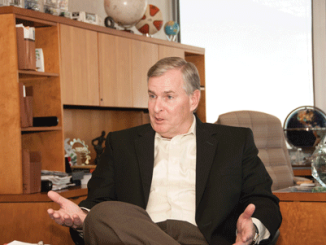 Greg Ballard: A Legacy of Connectivity 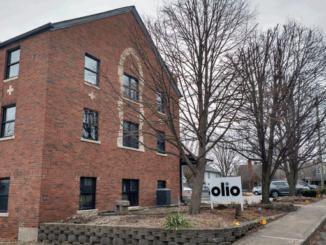