April marks the debut of new amenities at Tarkington Park, even though active park users have been packing the playgrounds since construction fences came down late last year.

Meanwhile, park advocates have been voting with their feet as well, attending a series of public workshops at North Church and MLK Center to brainstorm uses for the park.

According to Ben Donsky of Biederman Redevelopment Ventures, “I don’t know if we’ve ever had a project where we’ve seen this much enthusiasm for this number of activities.” The New York City–based planning firm was hired by the Indianapolis Parks Foundation to assist in public outreach and develop an operations plan.

The outreach effort, including an online survey, generated nearly 500 responses and 164 ideas for programs. “The community around the park is extremely diverse in every sense of the word, so one would expect to see an extremely diverse set of activities that people want to participate in,” Donsky added.

The April 5 workshop at Mount Zion Baptist Church drew more than 50 park fans, who were charged with not only recommending locations for some of the 164 activities but also thinking about what times would be most appropriate for those activities to occur.

Asked about the utility of such efforts, Indy Parks deputy director Don Colvin said the public input from these sessions would be helpful to parks planners as they work on specific designs for additional phases of the park’s evolution.

As efforts to wrap up Phase 1 improvements move forward, Mayor Joe Hogsett’s administration has gradually emerged as an engaged partner. “We are excited about Tarkington Park,” Indy Parks director Linda Broadfoot told a City-County Council committee in March. “We’re going to have to be creative in how we manage it.” She said the “soft opening” of the spray plaza is set for May 1.

In her report to councillors, Broadfoot embraced the neighborhood partners’ long-term aspiration that the $5.3 million park improvements catalyze development in the area. “Tarkington Park is a new model for us,” she said, mentioning the broad-based partnership with the Indianapolis Parks Foundation, Midtown Indianapolis Inc., and adjacent neighborhood organizations that helped spur the City’s investment. “Tarkington Park is lucky to have so many neighbors who care about the park.”

“Everything we do starts with how we serve people,” she said, adding that to Indy Parks, that means “fun, inclusion, collaboration, sustainability, innovation.”

One of the most innovative aspects of the park is the Café. Broadfoot said that while the informal response from potential vendors was good, full operation will not commence until 2018. The restrooms, however, are open and ready for use from 9 a.m. to 7 p.m. Once school is out, hours of operation will extend to 9 p.m. In the meantime, Indy Parks is looking for ways to activate the Café space during the 2017 season—perhaps with food truck vendors.

Responding to questions from Councillor Joe Simpson, Broadfoot reiterated that while a dog park was listed on the park’s master plan, “It’s not on the table for us.” She also confirmed that the old playground at the park’s northwest corner would remain for the time being. “We will not remove the old playground in 2017,” she said. “There’s no capital reason to do it.”

Broadfoot added that the Parks Foundation is working on some additional announcements. Parks Foundation executive director Lori Hazlett confirmed July 29 as the tentative date for what she called “a sunrise-to-sunset celebration of Tarkington Park.”

Besides food service at the Café, another upgrade is slow to materialize. “Bids for the performance shelter have been slow to come in,” she said. “Especially at the budget we have to spend.” She said that the space is designed to host not only concerts but also private functions like parties, family reunions, and receptions.

Hazlett said basketball courts are also in the offing. “Indy Parks has a long-standing working relationship with IPL/Indy Pacers to refurbish basketball courts, and they’ll have branding on one court.” The other court will honor Booth Tarkington’s alma mater, Purdue, sponsored by an alumni group, the Boiler Business Exchange. “We’ll hold off on construction during the busy summer season but by fall we should have courts and performance stage in place,” she said.

The enthusiasm surrounding the park revitalization has drawn attention from other projects that want to be part of the action. The Public Collection (TPC) is a public art and literacy project, founded by Rachel M. Simon with support from the Herbert Simon Family Foundation, that has placed nine site-specific book-share installations around the city. Tarkington Park is on the list.

According to Mindy Taylor Ross, curator for TPC, “We find talent to come up with a project, hire the artist, build it, and maintain it.” TPC does no programming but hopes that park allies will help. The Indianapolis Public Library is a partner in the project and restocks the installation on a weekly basis. Books are free and available to all. 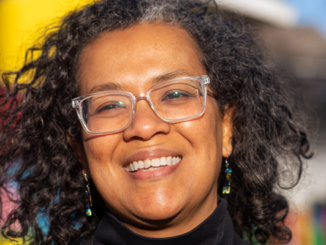 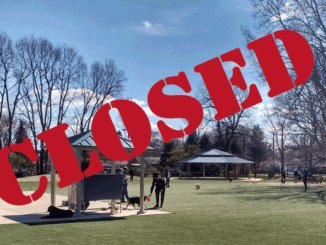