Demolition is in store for two Meridian Street properties owned by TRex Enterprises LLC, a development company formed by The Children’s Museum of Indianapolis to handle its real estate portfolio.

Both The Drake apartment building, 3060 N. Meridian St., and the former Salvation Army headquarters, 3100 N. Meridian St., will be razed and replaced by a parking lot, according to Brian Statz, TCM’s vice president of operations and general counsel and one of the TRex managers.

Statz said the buildings will be “replaced by a parking lot in the short-term, with a museum use of that property to follow.” Initially, the new lot will be used for overflow parking on busy days. “Sometimes visitors will park on neighbors’ streets where there are no driveways, just one or two spots in front of a house.” Statz said that if residents can’t get to their house because of museum visitors, it creates some tension. “We hope this will help alleviate the cause of congestion that our neighbors would prefer not to have and we would prefer not to have.”

Statz acknowledged that TRex will have to get permission from the City for a new parking lot. “My guess is that part of that permission will include complying with the zoning ordinance which, I believe, requires substantial landscaping. Whatever we do there we want it to look good.”`

In a statement issued by the City of Indianapolis Department of Metropolitan Development (DMD), director Emily Mack said, “At this time, The Children’s Museum has not filed any land use or zoning petitions with DMD, and therefore, DMD does not have any proposed development plans to assess or comment on. Should a petition be filed with DMD, Current Planning will intake, review, evaluate, and docket the petition in accordance with our standard operating procedures.”

In July, a museum-owned lot at 3220 N. Meridian received approval from the City received approval from the City for rezoning from HD-1 (Hospital District) to C-S (Commercial–Special District) classification, “to provide for parking and landscaping.” Noting that the C-S classification can be useful in areas of urban renewal or redevelopment, DMD Current Planning staff recommended approval of the request. “Because the parking would serve the regional special use (The Children’s Museum), with minimal impact on surrounding land uses, staff believes this would be an acceptable deviation from the Comprehensive Plan.”

The DMD staff report [PDF] also noted that the 3220 parcel is located within the transit-oriented development (TOD) overlay for the Red Line. The same is true for the eight-story Drake, residential use of which could potentially achieve the TOD overlay’s aim of increasing density and improving pedestrian connectivity to the nearby Red Line station at 30th and Meridian streets.

Michael McKillip, executive director of Midtown Indianapolis Inc., said he has talked with Statz. McKillip praised the museum as a key stabilizing partner in the Mid-North and Mapleton-Fall Creek neighborhoods, and expressed concern about the decision to raze the buildings. “This decision tests the community’s confidence,” he said he told Statz. “The community has clearly prioritized transit-oriented development and a parking lot does not fit with the community’s aspiration.”

Statz said asbestos must be removed from both buildings before demolition occurs. “It’s not dangerous at the moment because it all is still contained, but once you start tearing down the building, asbestos can get into the atmosphere if not removed.” He said it will take “a number of weeks to clear out the properties.”

In the long term, Statz said the museum might expand some exhibits and programs on the properties. Asked if the museum would consider new construction, such as a hotel, on the site, Statz replied, “We have not discussed that. At the same time we have not ruled anything out.”

Statz said the museum arrived at the decision to demolish The Drake following a lengthy process to evaluate alternatives. After acquiring The Drake in 2012, the museum contracted with property management firm TWG to manage the apartments. But the cost to operate and maintain a structure built in 1928 ultimately led TWG to withdraw. “When TWG gave us notice in summer of 2016, I thought, perhaps naively, that we could reach out to another property management group who would step in,” Statz said. He said prospective firms would do so only if the museum made a commitment of millions of dollars to undertake repairs and upgrades, something the museum was unwilling to do.

When it became clear how challenging the process of saving the building would be, Statz met with Indiana Landmarks to let them know about the situation and ask for helpful resources and contacts. In May 2017, the museum assembled a focus group of neighborhood leaders and Indiana Landmarks reps to talk through options at regular meetings.

Statz said he reached out to over a dozen qualified developers and companies from a list provided by Indiana Landmarks. “Some of the companies showed initial interest. Some didn’t respond at all. No one provided a proposal to save the building without a commitment from the museum of several million dollars with no reasonable expectation of us ever seeing that money back,” Statz said.

After that process, Statz said he reported back to the focus group, and “they asked about reaching out to hotel operators.” He said the museum worked with a local consultant to issue a request for proposals (RFP) that went out to 10 developers. “Out of all of those, only one submitted a response and it was along the same lines of a massive commitment needed by the museum without a reasonable expectation of return on that investment.”

While acknowledging that The Children’s Museum is not a for-profit organization, Statz added, “We do have to be good stewards of the resources that we have. That was part of what drove this decision.”

Marsh Davis, president of Indiana Landmarks, said the historic preservation nonprofit worked in good faith with the museum but sees the loss of The Drake as “a colossal waste.” He says the museum’s decision to raze it is not unique among institutions that own historic properties. However, “If the museum wants to make the preservation of The Drake a priority and see it become successful, they can do it,” he said.

Davis said there is “lots of interest” in The Drake from the preservation community, so the fact that only one proposal was received is noteworthy. “We appreciate that the museum did an RFP process. However, were there restrictions in that RFP that would diminish the possibility of a successful proposal? When restrictions are too onerous for developers, an RFP seems to be designed for failure,” he said.

“As an institution that is both a benefit to the community and one that has benefited from support from the community, there’s an obligation to go that extra measure and give consideration to saving the property,” Davis said. “The museum, or any institution, owes it to those of us who care about our neighborhoods, and about economic vitality, to explain why they would not seek further incentives to make a proposal work.”

While recognizing that the museum owns the property and that it’s their decision on its disposition, Davis said it’s unusual to get a completely acceptable proposal the first time around. “In most cases it requires a combination of tax credit, subsidies, and incentives,” he said. “Indiana Landmarks believes the property would be eligible for historic tax credits.”

Midtown’s McKillip said, “I agree with Marsh Davis that demolishing this building and turning it into a parking lot would be a tragedy.” He was encouraged when Statz told him that the museum remains open to solutions that would save the building. While those options are limited, McKillip noted, “They remain open to alternatives that can fit within their parameters. It’s important for them to maintain control of properties adjacent to their institution. They seem legitimately concerned about parking overflow into neighborhoods and I appreciate that.”

Statz said he told the focus group that the museum felt it had exhausted all the possibilities for the building. “We have decided to take the money we had been using to maintain The Drake and Salvation Army buildings”—approximately $200,000 annually for maintenance, utilities, insurance, and property taxes—“and put that money into programs that will benefit our visitors and our neighbors,” he said.

He said the museum will work with an undetermined firm to salvage as many architectural elements as possible. “We have no desire to throw everything in a landfill,” he said.

The museum’s neighbor to the south, Ivy Tech, partners with the building trades to train the next generation of workers in the construction industry, and Statz said the two anchor institutions do work together on some projects. However, “The Drake restoration would not be a good subject for collaboration with them primarily because of the scope and extent of what needs to be done with the building,” he said.

Asbestos removal work was expected to begin by the end of August and could take from three to five months, but no date has been set for demolition. 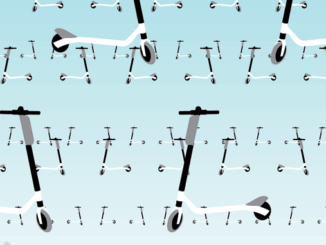 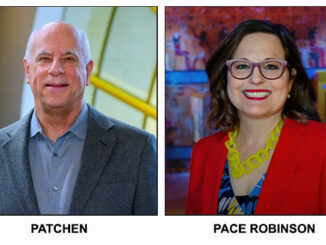 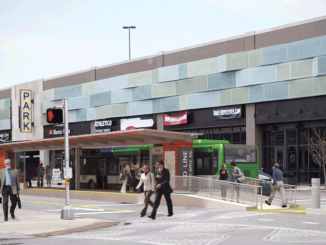