These community leaders realize that investing financially in community development requires coordinating resources around particular places. If CD2 means anything, it’s that funders are interested in concentrating their efforts around specific hubs and targeted neighborhoods, said Leigh Riley Evans, chief executive officer of the Mapleton-Fall Creek Development Corporation (MFCDC). “[Funders] want something tangible, and it wasn’t possible to do that all over,” she said.

Michael Osborne, president of Near North Development Corp., a CDC whose service territory includes Midtown’s southern neighborhoods, observed that funders are increasingly skeptical that one organization can be good at everything. “It’s difficult for CDCs to be all things to all people, so there’s a greater focus on impact and sustainable change that requires multiple agencies to work together,” he said.

“Comprehensive community development isn’t achieved by one-stop-shop organizations,” he added. “It requires a variety of organizations with a particular expertise to collaborate and address the whole continuum of a community’s needs.” For example, Osborne’s organization partners with Habitat for Humanity, Local Initiatives Support Corporation (LISC), and/or the Indianapolis Neighborhood Housing Partnership (INHP) when appropriate.

“Community Development 2.0 is right, in that CDCs have realized that they either have to generalize or they have to specialize,” said Michael McKillip, executive director of Midtown Indy. He said his community service organization partners with other groups to catalyze community development, as it did by convening the Great Places 2020 initiative at Maple Crossing.

Hanson said strategic reassessment really began in 2015, when community development leadership came together to determine the optimal form for investing in Indy. “It’s not enough to take care of real estate assets if you’re not taking care of people,” he said. From these efforts—driven primarily by the City during creation of the recently adopted Neighborhood Investment Strategy—two basic strategies emerged. One suggested that community development investments in relatively stable neighborhoods focus on supporting individual neighborhood residents and preventing further decline, rather than on attempting fundamental structural change in those areas.

In other neighborhoods that experience both severe population decline and marked disinvestment—yet where there is committed leadership and community support—community development efforts should rebuild the fundamental structure of the neighborhood while empowering its residents.

Neither are easy processes. “It took decades of disinvestment to get us where we are, and so nothing’s going to happen overnight,” MFCDC’s Evans noted.

Focusing on places and not just projects may also help seemingly different organizations to work better together than alone. According to Andy Fraizer, executive director of Prosperity Indiana, who works with community economic development groups around the state, “Breaking down the silos of human service delivery, workforce development, affordable housing, commercial revitalization—we’re getting to the point of recognizing those are all the things that need to exist in neighborhoods, and those partners need to be better at leveraging that by focusing on specific places.”

Concentrating significant resources in particular places, CD2 contends, has the potential to transform entire neighborhoods. So, while this place-based approach is likely the near future for community development investment, it happens most successfully when all of those neighborhood elements work toward an agreed-upon vision.

With successful initiatives like the SuperBowl Legacy Project that provided tangible benefits to the near east side, Indianapolis is gaining a national reputation for comprehensive community development projects that are both innovative and ambitious. But many doing the work in some Indy neighborhoods say there are lingering issues of equity that don’t get properly addressed. Leveraging deep resources in our most challenged neighborhoods is something CDCs are good at. But could they do better at answering the questions around who’s left out?

Neighborhoods outside of a CDC’s service boundaries often find it hard to get similar assistance. In some cases, a few blocks make a big difference. “What CD2 doesn’t do is answer the questions about who’s left out of those discussions, nor does it address developing a strategy around that issue,” Fraizer said. In other words, how do we serve neighborhoods that have real needs but perhaps aren’t in line with the City’s and other funders’ goals?

One potential solution under discussion is capacity building. Some CDCs are highly skilled in bringing people together and advocating for change. But those organizations still need technical expertise to thrive. Investing in capacity building can help get them to the point where they can be more competitive when applying for an infusion of capital or a grant for the next big place-based initiative.

MFCDC’s Leigh Riley Evans offered another strategy for those groups or neighborhoods that unsuccessfully apply for projects: “Keep asking,” she said. “There has to be a very intentional effort to have a dialogue. We are the ones as CDCs who are in the neighborhoods, at the grassroots level, pounding the drum, raising the voices, organizing the community. We have to continue to be a pioneer and innovator to find the solution, because it’s not easy.”

Whether an organization’s challenge is its ability to raise funds and write winning grant applications, or simply its eligibility for funding consideration, it’s clear that more input at a project’s beginning usually means better results in the end.

Midtown Indy’s McKillip said that Midtown’s historic, individual, and culturally diverse neighborhoods call for a unique strategy. “There’s a need to take a holistic approach to the entire district to identify and address community needs for multiple neighborhoods—things like transit, infrastructure, economic development, land use, and more specifically to encourage collaboration between many partners,” he said.

“We typically ask, ‘On what criteria do we make our investments?’” McKillip noted. “I think we’ve seen those criteria shift. The question now should be, ‘Can we encourage the market that’s here today to invest in itself, and can we encourage the City and other partners to match that investment?’”

Christopher Collins is a freelance writer and editor and has worked in youth development and community development for 15 years. He is currently engaged in a microbusiness enterprise. You can reach him at christophcollins@gmail.com. 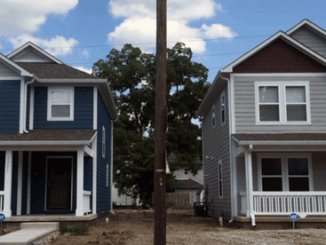 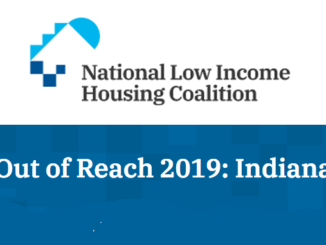 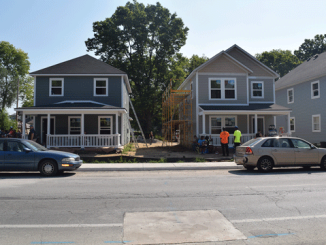