How deadly is SARS-CoV-2, the virus that causes COVID-19? And what are the risks of death for people of different ages and demographics? These have been hard numbers to calculate during this pandemic.

The easiest way to calculate more accurate infection and death rates is to perform random testing.

I am a professor of health policy and management. In April, in partnership with the Indiana State Department of Health, I led a team of researchers at Indiana University to randomly select and test people for SARS-CoV-2. Based on our statistical sample, we found that 2.8% of Indiana – or approximately 188,000 people – had been cumulatively infected by that time and determined the death rate in Indiana to be 0.58%.

Using the data we gathered from that testing program, over the past few months, my colleagues and I set out to determine how the infection–fatality ratio differs by age, race and other demographic factors. In a study published on Sept. 2, we report that the coronavirus is hundreds of times more deadly for people over 60 compared to people under 40, and that in Indiana, non-white people are dying at three times the rate of white people.

Age matters most, but race matters too

Not all groups of people face equal risk of death from the coronavirus. Researchers and health officials have known for months that there were discrepancies, but by calculating death rates, our paper gives the most accurate data about these differences.

Almost half of COVID-19 deaths have occurred among people in nursing homes because these people are generally less healthy and face a much higher risk of serious illness. We wanted to determine the risk of death for people not in nursing homes or other live–in institutions, so the numbers below are for Indiana residents who live out in the community.

The overall infection fatality ratio among community-dwelling people in Indiana was 0.26%, or one death for every 385 people infected. Age, more than race or sex, was the biggest factor affecting the death rate.

For people 60 or over, one in every 58 infections resulted in death, an IFR of 1.7%. For comparison, the IFR from influenza in the U.S. among people over 65 years is 0.8%. COVID-19 is approximately 2.5 times more deadly than the flu in this age group.

While age was the strongest factor affecting the death rate, racial differences were notable too. Non-white Indiana residents across all age groups had a three-times higher risk of death if they became infected – an IFR of 0.59% – compared to white residents – 0.18% IFR.

Researchers know that certain chronic diseases – including cardiovascular, kidney, and lung diseases, as well as diabetes – all increase one’s risk of death from COVID-19. Our team didn’t collect extensive health data from the people we tested, but these chronic diseases are more common among the elderly and racial minorities in the U.S.

Other factors, like food and housing insecurity and insufficient access to care, also make fighting off disease more challenging and are more common among elderly and minority populations. The higher infection–fatality ratios we found in these groups are likely due to a combination of comorbidities and these other factors.

Are these numbers applicable across the US?

Our study gave us the most accurate statewide look at infection and death rates so far in the U.S. The question is whether Indiana is a good comparison to the rest of the country.

Indiana ranks relatively low for overall health among states in the U.S. However, Indiana’s median age is slightly lower than the U.S. overall and lower than many states.

I believe that the numbers we found for community-dwelling people in Indiana are likely close to national averages, but the infection–fatality ratio could vary from state to state or town to town. If your state’s elderly population is healthier than the same group in Indiana, the IFR could be a little lower. If your state is less healthy, than the risk will be higher.

The most obvious way to prevent deaths and serious illness from COVID-19 is to reduce the number of people who are infected. By doing simple things like wearing a mask and practicing social distancing, everyone can help protect each other and especially our friends, neighbors, customers and counterparts who face the most risk from the pandemic.

Nir Menachemi is professor of health policy and management at IUPUI 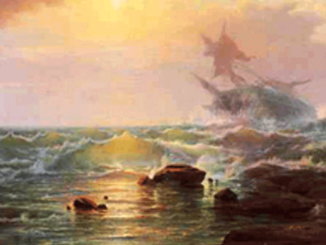 Shipwrecked! How social isolation can enrich our spiritual lives – like Robinson Crusoe 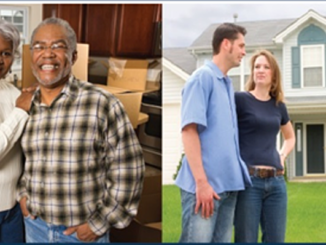 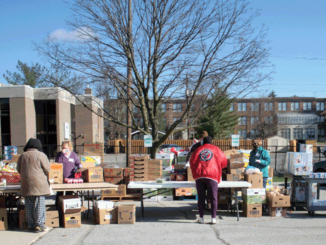