Two artists with Midtown connections received funding from the Create Indy Fund, an effort by the City to advance local cultural industries.

Musician and digital artist Diop Adisa, who is affiliated with the Kheprw Institute,  received $8,000 for his “Still Shining” documentary project. “As an artist, you’re trying to continue to put yourself in a position to create and shine and have an ability to be a walking resource to help the community shine,” he said.

The film complements Adisa’s recently released album of the same name, but it’s not a music video. “It’s a short documentary—basically following a few people and interviewing them as well as expressing and showing how their approach to their self development, artistry, and community engagement reflect the subject of still shining,” he said.

He notes that many local hip-hop artists have achieved a degree of mastery by taking the time to invest in themselves and their craft without any immediate gratification of fame or fortune. “In Indiana’s hip-hop community, there are not a lot of resources to support walking your journey in your livelihood,” Adisa said. He said the artists he profiles have a mindset grounded in serving as a community resource.

“The art is the medium. By investing in yourself to master your skill set without receiving support or accolades, you turn yourself into a resource,” he said. The more the artist leans on their skill, Adisa said, the better it is for the individual and for the community. “You have value and that has impact on the community.”

He expects to have the film complete in three to four months. The premiere will be at a community screening in the KI Eco-Center and feature a photo gallery and discussion with participants in the film.

Independent filmmaker Hanson Reed received a grant of $8,000 to produce a silent, short black-and-white film that will premiere in a special presentation at the Indiana School for the Deaf.

Reed said the inspiration to create the film for the deaf community came from his college roommate, who was deaf. “The idea is to make something that can be equally accessible and fully experienced by people who can’t hear or who have any range of hearing disability,” he said recently.

It will be shot on black-and-white Kodak reversal stock, hand-edited, and traditionally projected. He said the story follows a girl with a hearing disability through her perspective, in a style he calls “visual poetry. I want people to experience how if you lack one sense, others take on more meaning and impact.”

The terms of the grant stipulate that the project needs to be finished in six months. “We’ll start shooting right after Christmas,” he said, and filming will continue into January. Post-production will take a couple of months. “My goal is to try to do something the average person can enjoy. My hope is that it inspires and makes people think.”

Create Indy is funded by a coalition of community partners including the Central Indiana Community Foundation, Visit Indy, and the Arts Council of Indianapolis. The second round of applications for the Create Indy grant awards opened November 30 and runs through January 11th. Award announcements will be made March 1st. Details here. 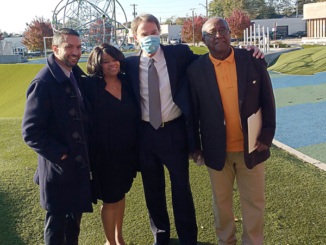 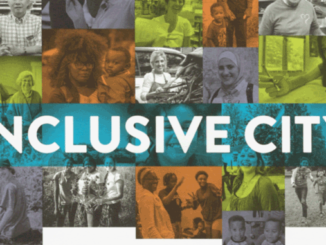 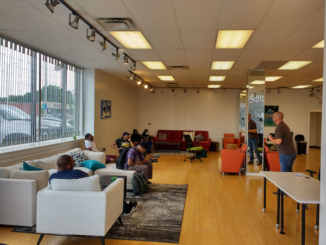