As has been the case for more than two decades, the Indy North Levee project is floating slowly through the murky waters of bureaucracy.

The Indiana Department of Natural Resources issued a certificate of approval for construction in a floodway on June 11, 2015 to the City of Indianapolis Department of Public Works (DPW).

The permit allows DPW to proceed with removal of 6.9 acres of vegetation along the White River banks in Warfleigh and approximately 0.62 acres of vegetation in Broad Ripple. DPW wants to move forward with vegetation removal in hopes that it will result in conditional certification of the levee as currently constructed. The most recently completed section, designated as Phase 3B1, terminates at the Riviera Club tennis courts.

The United States Army Corps of Engineers insists that the vegetation removal must be completed before it will consider certifying the levee. Certification by the Corps is a prerequisite for the Federal Emergency Management Agency (FEMA) to consider redrawing its flood maps to remove properties from the 100-year flood plain.

According to Mike Massonne, a DPW project manager, the City is working with FEMA on a pilot project called Levee Analysis and Mapping Procedure (LAMP), an effort to examine partially completed levee projects around the country to see what, if any, protection is provided to nearby properties.

Massonne says the City is pursuing the LAMP effort in order to seek relief for qualified residential and commercial property owners even though the final section of the levee remains unbuilt.

Such “partial certification” concerns homeowners like Laura Rogers, a Warfleigh Neighborhood Association board member. She and her neighbors fear that in the event FEMA redraws flood plain maps, flood insurance premiums will skyrocket for properties like hers that remain unprotected. “Insurance would cost more than my house is worth,” she said.

Elizabeth Marshall is president of the Broad Ripple Village Association (BRVA) and a Warfleigh resident whose home is affected by the levee’s status. Her insurance agency has many clients who are obliged to carry flood insurance, so she stays up-to-date on the issue.

“I’ve heard that concern about potential rate increases as well,” she said by phone from her Broad Ripple office. “I can’t say it wouldn’t happen but I can’t say it would happen. I’ve been asking around, trying to get an understanding where the Feds are coming from, but have not been able to get a straight answer.”

Based on her research, she said that if a property currently in the 500-year low-risk area is remapped into a high-risk area, the law allows for annual increases of approximately 25% to slowly reach full risk rate. That’s designed to soften the economic blow.

In the Broad Ripple, Warfleigh, Meridian-Kessler, Rocky Ripple, and Butler-Tarkington neighborhoods, Marshall said the current maximum subsidized rate for a $250,000 policy is around $2.600 (approximately 1% of dwelling value.) A full-risk rate could be between $4,000 and $6,000 and even as high as $9,000 a year for flood insurance. “That’s more than anybody can handle,” Marshall said.

She added that property owners who feel that the elevation of their property in the flood plain makes it safe from flooding can petition FEMA for a Letter of Map Amendment (LOMA). “If you have a survey and are able to submit documentation to FEMA and they agree that your property doesn’t appear to be at risk, they can issue a LOMA,” she said. “It’s difficult to get,” she acknowledged and noted that it’s designed to consider only individual properties, not an entire district.

Marshall suggested that one way to avoid dramatic increases in flood insurance rates would be for FEMA to remap protected properties and not to touch other properties.

DPW’s Massone said it’s unclear whether FEMA would remap only protected properties or re-draw the entire flood map. “I don’t know how well defined the process is,” he said recently. “They [FEMA] are piloting the program. We would submit whatever documentation they required.”

Meanwhile, the nonprofit Friends of White River (FOWR) has appealed DNR’s issuance of the permit for vegetation removal. A hearing scheduled for July 31 was continued at the City’s request.

Attorney William Weeks, president and director of the Conservation Law Center, represents FOWR. He said that his client is not just asking for the permit to be revoked. “If we weren’t concerned that the clearing might begin, it would just be a prehearing, but the petition asks for a stay of effectiveness of the permit,” he said by phone from his Bloomington office. Weeks said the stay would prevent DPW from undertaking any vegetation management action until an administrative law judge for the Natural Resources Commission resolves the issue.

At DNR’s March public hearing Weeks’ testimony questioned whether the vegetation management plan met the state’s standard for receiving a permit. “According to statute, a petitioner is not permitted to do unreasonable harm to fish, wildlife, and botanical resources in a flood plain,” he said, adding, “We could elaborate on those concerns.”

Weeks and FOWR also contend that when Congress passed the Water Resources Reform and Development Act of 2014 (WRRDA), it required the Corps to reexamine the guidelines it cites to justify the kind of vegetation management being proposed along portions of White River. “A thorough investigation has to be undertaken,” Weeks said. “The Corps cannot just rely on its guidelines.” He said WRRDA obliges the Corps to look at specific impacts of tree removal.

Weeks said he and his clients are also concerned about the proposed mitigation for tree removal: planting trees near Eagle Creek Park. “Contrary to DNR comments, mitigation should be in-kind,” Weeks said. “At the very least, mitigation should take place in this locale or on a river or large stream.”

Another piece of the puzzle is the route the final section of the levee will take. The Corps’ preferred option along Westfield Boulevard is opposed by the City, Butler University, and Citizens Energy Group because the route would intersect and cross the Central Canal. The City hired an engineering firm in spring to examine the West Bank Alignment’s suitability as an alternative route.

DPW’s Massone said the West Bank analysis should be complete in September. “We’ll take that data and sit down with the Corps in early October and determine what the next step is,” he said.

Marshall points out: “Although we have to pay flood insurance, we’re actually protecting ourselves from a flood. The risk of a flood is a real thing.”

A version of this article appeared in the August/September 2015 issue of the magazine. 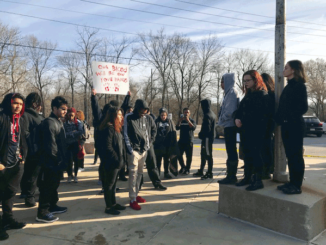 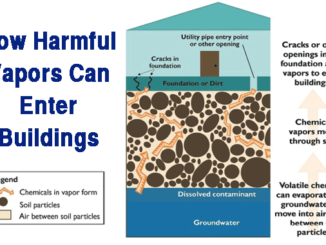 Mitigating A Case of the Vapors