Public health impacts of firearm violence are not limited to victims, their families, and neighbors. The community’s first responders—police, firefighters, and emergency medical technicians—routinely encounter traumatic situations and gruesome circumstances that put them at high risk for post-traumatic stress disorder (PTSD), anxiety, or depression that can lead to suicidal thoughts.

Aaron McBride, director of prevention services at Reach For Youth Inc., calls it “secondhand trauma”—an analogy to secondhand smoke. “First responders are not initiating the gun violence, but they see it and respond to it,” he said.

Paul Babcock, director of public health and safety for the City of Indianapolis, agrees: “To be the one to respond to a violent crime scene and try not only to provide a high level of professional service, but at the same time to manage your own humanity while dealing with that kind of horrific situation, is a very traumatic experience.”

“They see things we never see and deal with things we never deal with, so behavioral health is important,” added epidemiologist Carolyn Muegge, a research scientist at the National Institute for Public Safety Health. She helped organize, and presented at, the 2018 Public Safety Health Symposium held in November in Indianapolis. “The purpose of this conference was to review the burden of behavioral health issues among firefighters and provide a toolbox of resources for fire departments,” she said. The 2019 seminar will focus on law enforcement officers. 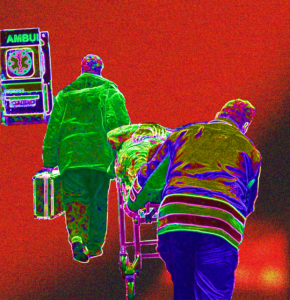 According to a paper published in the International Journal of Emergency Mental Health,  “More than half of U.S. adults are exposed to a severe stressor at some point during the course of their life. […P]olice officers experience, on average, over three traumatic events for every six months of service.”

Pamela Aaltonen, president of the American Public Health Association, said public health officials have deep concern for all first responders. “It’s not limited to gun violence but more broadly in terms of workplace stressors,” she said. “These people deal with challenging situations and it has a cumulative effect.”

For Mike Hayward, chief of operations at Indianapolis Emergency Medical Services (IEMS), the cumulative effects are of particular concern. “From a supervisory standpoint, those are harder for us to stay on top of,” he said. “With cumulative stress disorders, symptomology tends to be more subtle. It comes on over long terms and in a lot of small increments.”

While all agencies have employee assistance programs, those are only as good as an employee’s willingness to use them. Within local first responder culture, the tendency to ignore or hide stress is gradually evolving into an awareness of the importance of self-care.

“Stigma is our greatest concern,” said Brandon Dreiman, coordinator for the Indianapolis Fire Department (IFD) Peer Support Program. “The Warriors Research Institute found that 92 percent of firefighters are reluctant to come forward for help because they feared they would be stigmatized.”

Dreiman said the peer support team is an effort by IFD to start treating behavioral health the way it treats all other physical health issues. “The easiest thing is to ignore it. The hardest thing is to confront it,” he said. “Our goal is to serve as a bridge to firefighters and the services they need.”

When his team hears about a traumatic incident, they call the affected station and ask the officer in charge if anyone needs help. They wait 72 hours before visiting the station to give personnel time to process the incident. “When we visit we talk to firefighters about good coping skills, provide information on what they can expect to feel physiologically or emotionally, and let them know if symptoms persist for two weeks they need to get us back,” Dreiman said.

Mike Hayward said thinking about PTSD has evolved during his career with IEMS. “I come from a generation that predated awareness of emotional self-care that we now know is really important,” he said. “Back when I started, self-care was gallows humor. Nowadays, it’s more about identifying stressors, and knowing it’s OK to talk to somebody.”

He said IFD’s programs benefit IEMS employees, too. “We’re a branch of the Firefighters Union 416 and we’ve established a peer support group,” Hayward said. These street-level providers volunteer for extra training and try to be proactive with preventive care. “It’s no longer a sin to have human emotions in this job,” he said. “We want to make sure there’s no serious issue.”

According to IMPD Sgt. Aaron C. Snyder, “The problem for law enforcement is we have this bravado we carry around—we understand we’ll be exposed to violence and stress and we just suck it up.” That culture is morphing into one where asking for help is becoming the norm. “There’s nothing to be ashamed of. You have to be aware and get help when it’s available,” he said.

“The vast majority of officers are doing an outstanding job of staying healthy, and adapting as well as you can after being exposed to that kind of trauma,” he said. “But the cumulative effect of being exposed to trauma will get to you.”

IMPD’s Police Officers Support Team responds to critical incidents right away. “These are voluntary police officers trained in critical incident stress management to provide support and check in on officers,” Snyder said. If they identify officers struggling, they have several options to recommend within IMPD’s employee assistance programs. 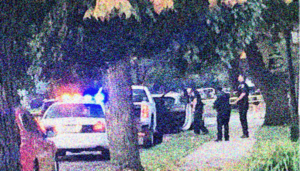 “Most of us do a pretty good job of taking care of ourselves because we understand the stress of the job,” he said. But when an officer is exposed to stress and trauma and needs long-term care, Snyder and his colleagues in IMPD’s office of professional development and wellness take action. “We are that long-term peer support on steroids,” he said.

Snyder trains supervisors to recognize officers who are struggling. “Instead of allowing them to struggle, we want to intervene earlier before it’s a disciplinary issue and get the officer the help they need so they can continue to be healthy and productive.”

Snyder said IMPD is gaining national recognition as a model agency for its proactive work under the leadership of Chief Bryan Roach and Deputy Chief Valerie Cunningham. “Our unit does not exist in most places around the country,” he added. The City received a federal community-oriented policing grant through the U.S. Department of Justice to train other agencies on IMPD’s wellness model.

IMPD has a mentoring program in which every rookie officer is assigned a veteran officer as a mentor during the first week in the academy. “Mentors provide support and guidance and coaching for each officer as they transition into a career in law enforcement,” Snyder said. “We’re changing the culture of law enforcement to talk about this stuff.”

Brandon Dreiman said IFD also has a mentorship program that involves two sessions with recruits in the academy. “The first time we try to generate awareness of what to watch out for and what services are available to them,” he said. The second time is a larger bloc of time that includes a field trip to the fallen heroes section of Crown Hill Cemetery. “It’s a nice experience that allows recruits to open up privately and develop the confidence that they can ask for help,” Dreiman said.

Dreiman credits IFD Chief Ernest Malone with recognizing the importance of peer support and taking steps to make it happen. “A part of the International Association of Fire Fighters’ peer support curriculum is based on what we do in Indy,” Dreiman said. “Our goal is to get people back to work, to get better, to be happy, and to have a productive career.”

A version of this article appears in the April/May 2019 issue of the magazine. 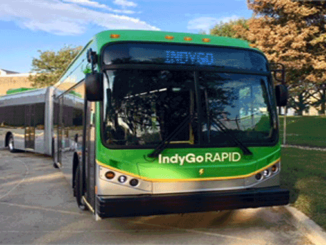 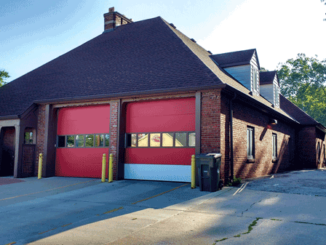 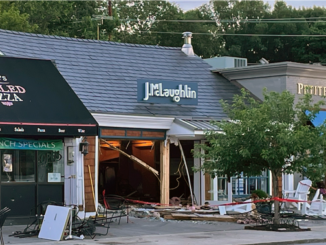