Social entrepreneurs seek to solve broad social, cultural, and environmental problems by establishing enterprises that measure success by the change they foster. Christopher Gergen’s career in education, media, arts, and public policy has combined to expand his interest in social entrepreneurship to include both innovation and equity.

Author of Life Entrepreneurs: Ordinary People Creating Extraordinary Lives, Gergen is an Innovation and Entrepreneurship Fellow at Duke University. In 2014 he founded Forward Cities as a collaboration between four mid-size cities to foster the next generation of local entrepreneurs. The group recently merged with the urban leadership advocacy nonprofit CEOs for Cities, and announced that Indianapolis will join its roster of Community Innovation Accelerators seeking to stimulate inclusive economic growth.

“Indy is joining the network of cities looking to go into deeper capacity building and be intentional about inclusion,” Gergen confirmed in a couple of recent conversations.

“Our challenge is, as we think about the future economy and the future of work, that we are preparing all segments of the population to compete in that economy and benefit from its growth,” he said.

“It’s a new innovation economy,” he added, “That’s where the economy is going and where it’s driving us.” Forward Cities encourages its members to continually innovate and insure that new business startups and small business growth not only add products and services that fit into the current economic terrain but also represent a true cross-section of the population.

“You have to make sure that everybody is at the table in terms of both inclusion and equity,” he said. “It’s making sure we understand who benefits from the economy and who does not.”

He mentions income disparity. “The increasing wealth gap happens because if people don’t own assets and the economy grows and assets increase in value, they’re not participating in that growth.”

He continued, “We try to help people own their own businesses, own their own homes, and ideally participate in owning commercial real estate—especially in urban communities where you’re seeing lots of development. People want opportunities to be able to participate in that growth.”

How does Forward Cities approach this? “The work we do is focused on helping to foster economic growth and inclusion that takes into account shared prosperity,” he said. How does a community set a target based on inclusion? “Make sure it’s data-rich so you understand assets and key economic indicators and use that to identify the outcomes the community sets for itself for longer-term growth.”

The next step is to strategize to achieve those outcomes. “Draw on regional assets and the overall area as well as national best practices to look for models,” he said. Forward Cities’ collaborative approach is particularly helpful in this regard, as it has assembled case studies of member cities Durham (NC), New Orleans, Detroit, and Cleveland.

Gergen understands that minority communities have heard calls for inclusion yet remain skeptical. He stresses the importance of being honest about the past. “It starts with being open about mistakes in the past that were caused either through neglect or outright segregationist policies,” he said. “We need to recognize that and then move forward. The key thing is putting ideas into action—not just planning and talk, but true investments and early wins.” 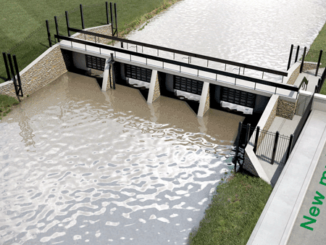 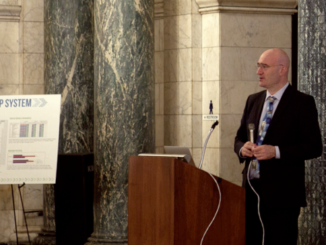