After sitting idle for more than a year, the former Fire Station 16 at 5555 N. Illinois has been sold to a developer who plans to serve food and drinks in a location that once served public safety.

Real estate firm TSV Pursuits LLC was one of two bidders for the property. The Department of Metropolitan Development, the agency responsible for disposing of the property after the Indianapolis Fire Department (IFD) decommissioned the station in June 2016, selected TSV’s offer of $400,000. TSV’s plans call for a restaurant. A reuse committee that included Butler-Tarkington neighborhood representatives and City officials worked with the developer to hash out concerns over preservation of the building’s exterior as well as safety and parking.

The sale renewed persistent concerns about the safety of the neighborhood the station once served. In a November meeting of the IFD leadership team with reporters, Chief Ernest Malone conceded that average response times to calls in Butler-Tarkington had exceeded National Fire Protection Association (NFPA) benchmarks since the station’s closure.

According to its website, the NFPA is a global nonprofit established in 1896 to eliminate “death, injury, property, and economic loss due to fire, electrical, and related hazards.” The organization has established more than 300 codes and standards, including the ones for professional firefighters that IFD has embraced.

NFPA recommends “80 seconds turnout time for fire and special operations response”—the time between receiving notification and when the run is under way—“and 60 seconds turnout time for EMS response; 240 seconds or less travel time for the arrival of the first arriving engine company at a fire suppression incident.” Additionally, NFPA recommends, “The fire department shall establish a performance objective of not less than 90 percent for the achievement of each turnout time and travel time objective.” That means that 9 of every 10 first arriving fire engines should be on the scene in 240 seconds or less.

“We want to get as close to these standards as possible,” Malone said at the November meeting. He asked Matt Henss, IFD’s chief of planning, to walk reporters through year-to-date fire run data obtained from the City’s Public Safety Communications office and filtered through the “geozones” that Butler-Tarkington touches. Henss said geozones are land areas based on ZIP codes and the basis for how IFD dispatches runs.

The primary respondents to Butler-Tarkington, besides Station 32 in Broad Ripple, are Station 31 (4155 N. College Ave.), Station 14 (2960 N. Kenwood Ave.), and Station 12 (2151 W. Kessler Blvd.). Henss noted the many variables in the data (including, for example, emergency runs mixed in with non-emergencies), and reported the gross average response time for the first apparatus for 1,366 runs in the first 11 months of 2017 was 297 seconds. The response time drops to 274 seconds when parts of the geozones outside of Butler-Tarkington are excluded.

While acknowledging the shortcoming, Malone said the 2016–18 Redeployment Plan has not been fully implemented. He gave assurance that service will improve with construction of a new station, planned for 2018. “The construction of a new Station 32 is the final piece of the redeployment plan that included closure of Station 16 as well as other changes throughout IFD’s 278-square-mile service territory,” Malone said.

He said the Department of Metropolitan Development is studying an area for the new station bounded roughly by Pennsylvania Street, College Avenue, 65th Street and 59th Streets (Kessler Boulevard). Malone stressed that eminent domain will not be used and that the department will break ground on a new Station 32 in 2018. He said the proposed three-bay, state-of-the-art facility would replace not only the 85-year-old former Station 16 but also the 95-year-old Station 32 in the heart of Broad Ripple. The service area will include the Butler-Tarkington and Broad Ripple neighborhoods as well as Meridian-Kessler, Warfleigh, Arden, Canterbury, and Glendale.

The prospect gets a thumbs-up from Brooke Klejnot, executive director of the Broad Ripple Village Association (BRVA), who said, “That was part of the chief’s comprehensive long-range plan for the department. Based on the information we have today, we welcome the chief’s vision.”

Meanwhile, though, Butler-Tarkington leaders feel vindicated in their warnings that removal of a fire station in their midst was a bad idea. Butler-Tarkington Neighborhood Association (BTNA) president Clark Kirkman reiterates what he and the BTNA board warned of throughout months of protest against the impending shutdown: “We are left without adequate fire protection.”

To be sure, neither Kirkman nor almost anyone else harbors any hope of seeing a fire company again in the venerable building at 56th and Illinois streets. “It was hard to watch that fire station close,” Kirkman admitted. “I feel Butler-Tarkington and the surrounding community were ill-served by that decision. I hope IFD moves quickly on a new station. Until then, we’re isolated.”

Malone remains committed to implementing the redeployment plan that made recommendations on placement of personnel, apparatus, and stations in light of changing population density and demographics. “The neighbors will be pleased with the new station, pleased with the firefighters, and pleased with the service,” he said. “But for now we have these figures.” Malone suggested that a fair assessment can’t be made until the new station has been online for a year and the current transition period is well past. “That will be the final test of the redeployment plan.”

Dan Carpenter is an Indianapolis native, long-time Midtown resident, a survivor of 36 years at The Indianapolis Star, and the author of four books.

A version of this article appears in the December 17/January 18 issue of the magazine. 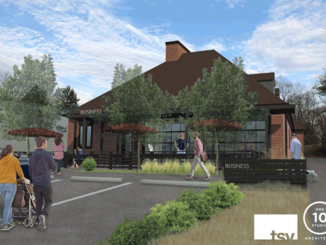 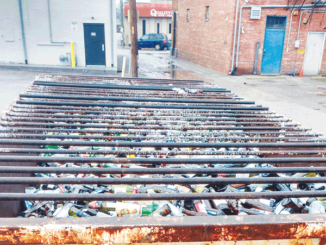