In recognition of the changing transportation habits of the region’s citizens, the Indianapolis Metropolitan Planning Organization and the City of Indianapolis have launched Indy Moves. The goal is to take a comprehensive look at the many transportation plans and projects in the city and seek to coordinate and integrate them into an efficient, cost-effective action plan. “Transportation is about access to opportunity,” said Jennifer Wieland, with Nelson\Nygaard Associates, the Seattle-based consultant hired to help manage the project. She pointed out that transportation costs in Indy are 23% of a person’s income, adding that “more than half of those who work in Marion County live outside Marion County.” Because Indiana law stipulates that income taxes are paid in the county of residence, that means Indy’s infrastructure is deprived of vital funding.

Work on the project began in August 2017, and a series of public meetings was held in autumn. The public is invited to review the report and offer input at the website. Additional feedback will be gathered at a series of public information sessions that are broken out according to City-County Council districts. Midtown Council Districts include parts of 2, 7, 8, 9 and 11.

A draft of the 10-year priorities will be announced in late Spring. Take a survey or sign up for email updates here.

NEW 2/6/18: if you cannot attend an open house, visit indymoves.org to access an online map that allows you to provide feedback any time by drawing on it. The public is encouraged to comment or suggest their own project ideas. 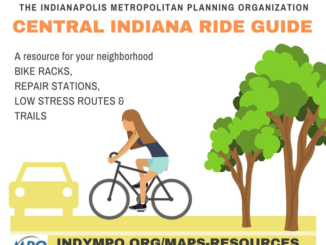