May is National Bike Month and, as part of the celebrations, May 10 is designated Bike to School Day. 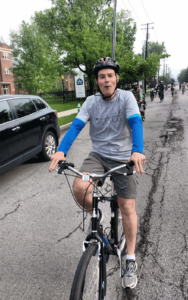 “This is a wonderful day,” the mayor told the assembled group at the ride’s end. “We need to do anything we can with our young people to promote good health, good fitness, and safety.” Mayor Hogsett said the City has an obligation to provide better bike infrastructure. “I came down all the way from 82nd Street today. It’s good the mayor does that occasionally because I saw a lot of potholes.

“We’ll try to do our part,” he said, while thanking the parents and students for doing their part.

Alisha Valentine’s two children attend the school. She helped arrange the day’s event. “We just live a couple of blocks from the school, so we’re pretty regular bikers and walkers. Since it’s National Bike to School Day, I thought I’d try and get other folks motivated to do the same.”

More than 60 bikes were crammed into the school’s bike racks. Valentine pronounced the turnout “awesome!”

Principal Ron Smith said the number of students who bike to school increases in late spring and early in the fall semesters but attributed this big turnout to the escort across 38th Street, provided by IMPD’s Bike Patrol.

Commuting to the school is multimodal: bus, car, bike, and on foot. “We encourage our families to get their kids to school in whatever way makes sense for them,” Smith said, “but many of those who live close by choose to bike or walk, which is great.” 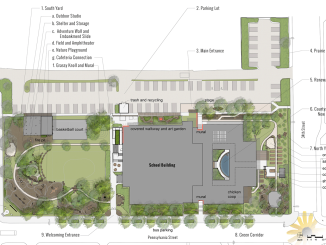 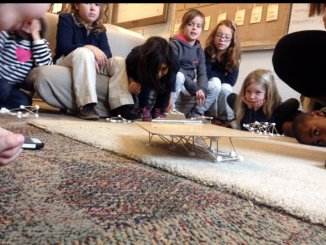 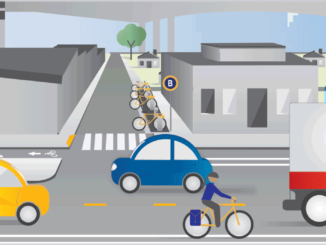