The formal Environmental Impact Statement comment period for the completion of the White River flood control project ended Oct. 31, 2013. The U.S. Army Corps of Engineers (USACE) is now set to make a final Record of Decision by choosing one of two alternatives.

The comment period began June 7, 2013, with two extensions requested by the City of Indianapolis and granted by the Corps. The City now finds itself in a take-it-or-leave-it dilemma with two proposals that both have serious deficiencies.

Both alternatives recommended by the Corps require a flood gate across the Central Canal, which would split the Canal Towpath Greenway into northern and southern sections and introduce a vulnerability to the Indianapolis public water supply.

The Westfield Boulevard Flood Wall Alternative protects the 300-year flood plain from Broad Ripple to Butler-Tarkington but uses a flood wall that would divert a 100-year flood from White River at the 56th Street bend down the canal, with some water overflowing the towpath into Rocky Ripple at 52nd Street. A 100-year flood wall built later to protect the Butler University/Rocky Ripple Flood Plain from the river would be ineffective due to the backdoor flooding.

In the week prior to the comment period’s closure, the City, as local sponsor for the project, requested a third extension to develop an alignment using the canal berm nearest the river as a flood levee by Rocky Ripple. This alignment would not have a tall flood wall and flood gate crossing the canal, would provide flood protection to the water supply, and would provide a sound base for extending reduced flood risk for the Rocky Ripple flood plain at some future date. It would provide flood insurance benefits to all properties protected by the Corps’ Westfield Boulevard Flood Wall alignment.

A river bend/canal berm alignment terminating at the Butler campus was considered by the Corps from 1999 to 2006 but was not explored in depth, in favor of the more straightforward Westfield Flood Wall alignment. Its recent revival had been strongly endorsed by neighborhood associations from Broad Ripple to Rocky Ripple. They want to preserve the cultural and recreational amenity that enhances and unifies Midtown neighborhoods. They do not want a large flood gate dividing the canal towpath into two separate recreational areas.

Citizens Energy Group, owner of the Central Canal, also endorsed the river bend/canal berm alignment, as did as Butler University.

In recognition of serious public opposition to the Westfield Flood Wall alternative, the City wrote to the Corps in November 2012 to express its intent not to sponsor that alignment. However, instead of initiating an engineering study to develop the 1999 river bend/canal berm alternative, the City and the Corps developed the Illinois Street alternative that excludes Butler-Tarkington and also has a flood gate across the canal. In the June 7, 2013, Environmental Impact Statement, the Corps declared the Westfield Boulevard and Illinois Street alignments as the only choices.

The Corps rejected the City’s request for a third extension of the comment period to study the river bend/canal berm option. The Corps stated that it considered a 145-day comment period as adequate length for anyone to provide information of substance.

Today, in order for the 1999 river bend/canal berm alignment to become an option the Corps will consider, the following steps are necessary:

If the river bend/canal berm option is not included in the Corps’ Environmental Impact Statement as its recommendation, the next step is for the Corps to select between the Illinois Street Flood Wall and the Westfield Boulevard Flood Wall based on cost and benefit characteristics. After it has chosen and created its Record of Decision, the City as local sponsor has the choice of participating in or rejecting that alignment. If the City agrees with the Corps’ recommendation, and if Congress supplies adequate funds, the project can proceed. Because this project was requested by the local entity, which must contribute 25 percent of the cost, a City rejection means the Corps cannot complete the project.

If the City rejects the Corps’ recommendation, the completion of the flood project to remove property owners from the 100-year flood plain would then become the City’s sole responsibility to fund and manage.

There has been a suggestion for the General Assembly to create a flood levee district containing all parts of the flood plains in the area that wish to be included. This could be a wise step regardless of how the City decides to proceed. Such a flood district could raise capital and maintenance funds and assure that the flood barriers are always federally certifiable.

With the Oct. 1, 2013, adjustment to the federal flood insurance program, mortgage holders in the 100-year flood plain face serious potential impacts to their properties and to their ability to insure and sell those properties.

City leaders should now be intently focused on a solution that gives the greatest number of properties the most reasonable protections that harm no property owners. A Corps decision to pursue a modified version of the 1999 river bend/canal berm enhancement alignment is the sustainable option for a livable Midtown Indianapolis.

William Beranek Jr., Ph.D., of Beranek Analysis LLC, has served in Indianapolis as an environmental mediator since 1975. A version of this article originally appeared in the December 2013/January 2014 issue of the magazine. 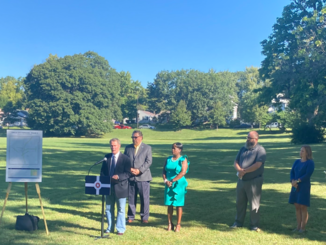 Next Step for Circle City Forward: More Greenways and Trails 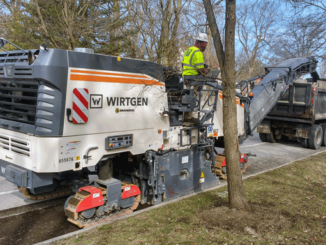