After more than two decades of planning and construction, the final phase of the Indianapolis North Flood Damage Reduction Project is on schedule for completion by August.

According to Ben Easley, project manager for public outreach at the City of Indianapolis Department of Public Works (DPW), “If the weather cooperates, the construction of the flood works will be completed in summer 2019.” He added that the certification and accreditation process will continue beyond the completion of construction. That process must be completed prior to removing properties from the floodway and relieving property owners of the requirement by lenders to carry flood insurance.

The project’s final phase, Section 3B-3, terminates in Holcomb Gardens on the Butler University campus. Construction of floodgates across the Central Canal is at the halfway point. According to Indy Parks, the shift in construction will require the temporary closure of the section of the Central Canal Towpath Trail that runs between the Riviera Club and Ripple Road in Rocky Ripple.

Until floodgate construction is completed by the beginning of July, trail users should make use of the following signed detours.

Passage of Senate Enrolled Act 386 in 2018 by the Indiana General Assembly established a mechanism for Marion County to finance the planning, design, construction, operation, and maintenance of flood control projects. The ink was barely dry on the legislation when DPW began the process of creating its initial district: the White River–Indianapolis North Flood Control Improvement District (FCID).

The lengthy process requires public hearings and approval from the Board of Public Works, the Metropolitan Development Commission, and the City-County Council. The FCID was established in December for select parcels in Warfleigh, Broad Ripple, Meridian-Kessler, and Butler Tarkington neighborhoods. Under the terms of the legislation, Incremental property tax revenue within the district will be captured and help the City recoup costs associated with the already completed portions of the Indianapolis North Flood Damage Reduction Project.

According to Rusty Carr, chief financial officer of the City of Indianapolis Department of Metropolitan Development, who helped with financial projections for the FCID, the City has spent approximately $20 million on the levee project over the course of the past 20 years. “The primary goal is to recoup those funds over the life of the district as well as cover current operations and maintenance costs,” he said. With the activation of the new FCID, the City will establish base assessed value at Jan. 1, 2018. “Moving forward, the City will be able to collect increment off that base with 100 percent of it going to the district. It cannot be spent on anything else,” Carr said. He noted that unlike a TIF district, which has a statutory limitation of 25 years, the Flood Control Improvement District’s duration is 50 years.

DPW’s Easley said that preliminary estimates for the amount of revenue encouraged DPW to proceed with the effort. “The financial analysis assumed that the completion of the Indy North Flood Damage Reduction Project would result in a 2% increase above the current long-term annual assessed value growth rate in the Warfleigh area for five years following the completion of the project,“ he said. That increase represents the increment that can be captured by the FCID. Easley said DPW’s model estimated that the FCID would generate $49.4 million of revenue in the first 25 years of its existence. “Additionally, the research anticipated that the median home value in the district would increase by about $300,000, and that 30 new homes would be developed in the same time period on lots that are currently empty,” he said.

Easley said the Metropolitan Development Commission (MDC) is in the process of establishing the district fund. “The MDC administers the fund and reports annually on the fund,” he said, adding, “DPW is currently planning 2019 district maintenance activities for those portions of the flood control works turned over to the City.”

At its Nov. 12, 2018, meeting, the Rocky Ripple Town Council passed a resolution to support DPW’s establishment of a FCID that would include the town as well as portions of Butler University property. [PDF]

A second resolution specified one of the options proffered by engineering firm AECOM, which DPW hired to evaluate existing conditions and make recommendations for the town’s flood protection. [PDF]

Town Council president Carla Gaff-Clark said the recommended option would minimize structure loss and provide significant flood protection. “It’s really an amazing option. Some houses will still have 14 to 15 feet of yard between houses and the wall,” she said.

“It’s been 25 years we’ve been working on Rocky Ripple to get things in place so we could move Rocky Ripple forward. We want to see the town survive the next 100 years,” she said.

Another interested partner in the flood protection effort is Butler University. In February 2017, Butler, Rocky Ripple, and DPW signed a memorandum of understanding that outlined the City’s commitment to finding a flood protection scheme that would be agreeable to all parties.

Butler’s west campus property includes athletic fields, parking, and a farm. Further development of the site in the floodplain is limited. Now that the City has the ability to create a FCID, and Rocky Ripple has selected one of AECOM’s options, Butler is ready to act.

In response to questions, a Butler spokesperson issued the following statement:

“In December 2018, Butler leadership presented the proposed flood protection scenario to the Board of Trustees for consideration and approval of institutional investment in the project. Butler Trustees approved an investment of $3,650,000 to complete the proposed flood protection scenario engineered by AECOM, based upon an assessment of the economic value added to the Butler property impacted by the project.”

With the support from its MOU partners, the City has begun to take action. On February 27, the Board of Public Works accepted public testimony about the establishment of the proposed White River – Rocky Ripple Flood Control District. The boundaries are outlined in this graphic. [PDF] Without a majority of board members voting either for or against Resolution 11, a final vote will occur at the board’s March 13 meeting.

Once approved by the Board of Public works, the process moves on to public hearings before the MDC and the City-County Council which have yet to be scheduled.

A version of this article appears in the Feb/Mar 2019 print edition of the magazine. CORRECTION: a Flood Control Improvement District’s duration is 50 years, not 75 years as stated in the print edition. 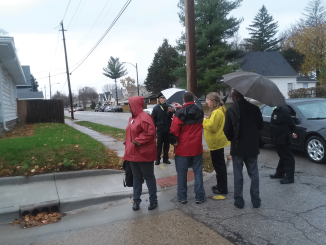 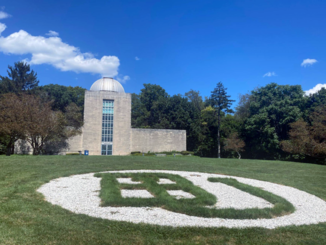