When local media broke the news in 2008 about a new organization called HARMONI, the Historic Midtown Neighborhood Initiative dedicated to addressing concerns in Midtown Indianapolis, it likely caused a lot of head-scratching. First off, just where exactly was this Midtown place anyway? Unlike New York City’s Manhattan, Midtown was not a name with a lot of currency in the local consciousness. And once people figured out where Midtown was, they may have wondered if they had the right place. After all, that’s the neighborhood with the mansions, right? The one with all those throngs of people crowding Broad Ripple on weekends right? What could an area like that be concerned about?

As it happened, though, there were a number of troubling trends. While Midtown has valuable and long-established assets, including a wonderfully diverse population in homes ranging from Meridian Street mansions to modest bungalows; arguably the city’s premier entertainment district in Broad Ripple; and thriving institutions like Butler University, the Indiana State Fairgrounds, and The Children’s Museum of Indianapolis, it was losing the popularity contest.

The most visible sign of trouble may have been the decaying or abandoned buildings and houses, a number that increased when the mortgage lending bubble burst. Other signs were not as obvious, such as a 19% drop in population since 1990, primarily due to an exodus of families to the suburbs. The remaining populace was older than the city average. Also, despite many highly valuable and desirable homes in the area, the housing vacancy rate had risen a whopping 92% since 1990, growing to 17% in 2010. Median income in Midtown had dropped below that of the city as a whole, and far below that of the suburbs.

What’s more, there were many long-standing infrastructure problems, some of them dating from the area’s original development. For example, unlike some other large cities, Indianapolis did not have sidewalks in every neighborhood, even in the old city limits. Midtown suffered in this regard; where it did have sidewalks, many were worn down to street level or crumbling. Its many commercial nodes were often not well connected, especially for residents without cars. While the City had invested literally billions of dollars in downtown revitalization, Midtown was aging badly.

Having seen the decay that similar patterns of decline had caused other Indianapolis neighborhoods, the HARMONI organizers were determined to get the City’s attention and make the case for change while Midtown could still leverage its strengths.

HARMONI pulled people from a broad swath of neighborhoods into a united front. This proved to be critical to attracting the City’s interest. One major drawback of Indianapolis and Marion County’s 1970 government consolidation, called Unigov, is that when a mayor is responsible for nearly a million people, there is stiff competition for executive time and attention at the neighborhood level. Unlike some similar districts in other cities, the Midtown area is not an independent municipality and so has no independent legal authority for redevelopment. A local example is Speedway, which as an independently incorporated town not part of Unigov can to a greater extent control its own destiny. The only way to accomplish redevelopment in Midtown is by working through city government; hence the need for smaller neighborhood groups to partner as a more powerful and effective lobbying force.

LOOKING TO THE FUTURE

Midtown is a historic part of the city. However, in Indianapolis the label “historic” has often been used as a way to prompt creation of protected districts. The regulations that accompany historic districts can impede the kind of investment Midtown needed, which results in little meaningful change. HARMONI recognized that positive change in the area would embrace both the historic character of the area and sustainable ideas for the future.

Now called Midtown Indy, Inc., the organization has moved quickly and with great success. One significant change is in the area’s infrastructure. Revenue from the City’s sale of its water utility and privatization of parking meters provided funds for the Rebuild Indy program just as Midtown Indy began lobbying for City investment. The result can be seen in the organization’s earliest projects, such as at the intersection of College and Broad Ripple avenues, where there is a new parking garage and retail frontage. Broad Ripple Avenue was resurfaced and restriped to create a turn median and bike lanes. Additional bike lanes were added elsewhere in Midtown. Alice Carter Place Park was created at Meridian Street and Westfield Boulevard, providing needed green space as well as a crosswalk connecting neighborhoods on either side of the Canal Towpath.

The Midtown Master Plan is a short and simple but conceptually robust overview of goals for the area. It documents the assets as well as the challenges and proposed solutions for this area. Most important, it recognizes that Midtown already has many high-quality nodes, either commercial or institutional, that can be better connected for public use. The Midtown “brand” provides conceptual coherence to the district, such as the Art2Art trail to boost recreational connectivity and enhanced mass transit options for community access and sustainability.

The Envision Broad Ripple project created a new comprehensive plan for that well-known neighborhood, one that sets the stage for a new form-based zoning code for the village core. A form-based code, which regulates based on building types rather than uses, is increasingly common in areas where mixed-use urban development either exists or is desired; it also reduces the need for zoning variances. The EBR plan is an evolutionary document, not a revolutionary one, in keeping with the conservative nature of Indianapolis and the age of the district. Its specifics will evolve along with the village, but the effort is already showing results. For example, the redevelopment proposal for the former Shell gas station site supports the EBR plan’s focus on increasing residential density in the village to support its established commercial nodes.

That project may also leverage public assistance from a new Tax Increment Financing (TIF) district in Midtown. TIF allows new property tax dollars created in the district to be used for public infrastructure. Whether this particular redevelopment proposal will generate funds to put to work in more blighted areas of Midtown remains to be seen. Regardless, the establishment of a TIF district provides another useful financing tool for district improvements.

Bringing back significant investment, rebuilding the infrastructure, and attracting new residents to Midtown is a long-term effort that requires staying power and a willingness by the residents and business owners to endure periods of frustration and controversy.

In the meantime, there’s plenty to enjoy right now in Midtown. Whatever challenges its neighborhoods face, Midtown is arguably the city’s most desirable locale and an equal to any district like it in America. As the original HARMONI initiative realized, the best time to tackle any challenge is when you’re still in a position of strength. Fortunately, that’s exactly when Midtown got organized.

Aaron M. Renn, who blogs at Urbanophile.com, recently relocated from Midtown to New York City where he is a Senior Fellow at the Manhattan Institute.

A version of this article appeared in the December 2013/ January 2014 issue of the magazine. 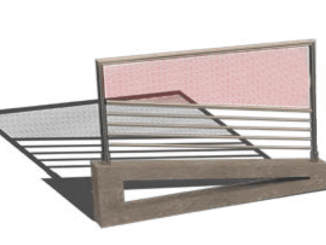 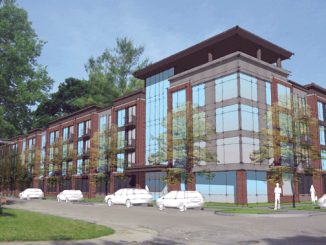 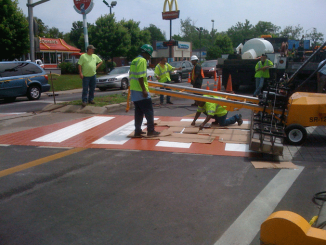