“This project is what we refer to as OU3,” said Leslie Blake, remedial project manager in EPA’s Chicago office. “OU1 is source area contributing to soil and water contamination; OU2 is site-wide contamination.”According to the Record of Decision for Interim Action, the following major components of the treatment will be applied to residential and commercial/industrial structures within the OU-3 area outlined in the map below:

“The Selected Remedy for OU-3 includes the following major components:

In 2013, the 2.2-acre Keystone Corridor Ground Water Contamination site was placed on the EPA’s National Priority List of some of the nation’s most polluted areas.

Blake said groundwater, soil vapor, sub-slab soil vapor, and indoor air (including crawl space) samples were collected from December 2015 to March 2017 in order to determine the nature and extent of contamination. “Right now there are eight known properties we’re going to deal with, but EPA estimates that up to 88 additional buildings”—44 residential and 44 commercial/industrial—“that have not yet been tested are located within the potential vapor intrusion area of concern.”

“The limits of potential vapor intrusion concerns are within the site boundary and EPA has no reason to believe that the pollution continues to spread,” Blake added.

As outlined in an EPA info sheet [PDF], the interim action is focused on the industrial solvent trichloroethylene (TCE). Blake said “TCE can evaporate, and those TCE vapors can work their way from the groundwater into soil and up to the surface, and then possibly into indoor air of nearby homes and businesses.”

To address this, Blake said EPA’s remedy includes installation of vapor mitigation systems (VMS)—similar to a radon system with a blower connected to a vent. “If you drive through the neighborhoods you’ll see a bunch of residents have them. You’ll see the vent on the outside.” Placement of the units depends on property layout and method of construction. “There are various modes of installation. For example, if slab on grade, we drill through the cement and draw vapor that way,” she said. All cracks must be sealed. “You have to make sure there is no route of entry for vapors to get through. We must have good suction to vent out in the atmosphere.”

Blake said there are no issues with the vented vapors. “Sunlight breaks it down to basically carbon dioxide,” she said. “There’s an added bonus. If you have radon, the VMS also draws it out as well.”

In the plan, EPA will pay for installation and up to five years of operation and maintenance of the VMS. “After that, either property owner or state picks up the costs,” she said. “We do a cost share with the state, but there is also a warranty on these systems of at least five years.”  VMS installation on all locations could take three to six months.

A version of this article appeared in the October/November 2018 print edition of the magazine. 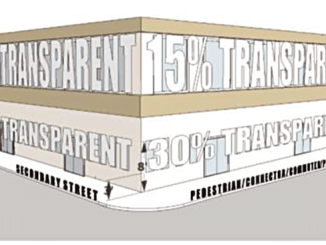 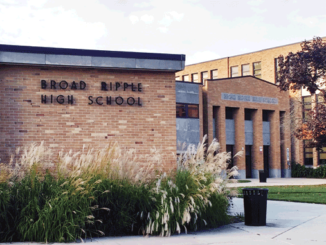