City officials and neighborhood leaders gathered on March 12 to celebrate the ribbon cutting for the Monon Trail bridge over 38th Street. The $5.8 million infrastructure project received a $2.4 million grant from the U.S. Department of Transportation. According to Mayor Joe Hogsett, it represents one of the largest investments in the city’s Greenway system. “This will allow all trail users safe passage over 38th Street,” he said during brief remarks. He said the Monon Trail is one of the most successful trail projects in the US with 1.3 million users annually. “We’re opening up more trails and adding another big reason to go outside and explore.” He mentioned planned expansions of the Fall Creek Trail and the Cultural Trail set for 2021.

DPW director Dan Parker thanked his staff for their work, and singled out retired DPW engineer (and Midtown resident) Mark Zwoyer, “He was the brains behind this project.” Indiana State Fairgrounds executive director Cindy Hoye provided a brief history lesson about the Monon railroad’s historic use to transport animals and people to the Indiana State Fair. She added that her team has worked on the project since 2014. “We’re a part of this community and I look forward to families on the trail using this safe way to come to the Fairgrounds,” she said. City-County Councillor Duke Oliver, who chairs the Council’s Parks and Recreation Committee, said he’s been an advocate of a safe trails and wants to see more expansion of the city’s trails network. Additionally, the Mayor announced that a new Pacers Bikeshare location will be established on the north side of 38th Street near the historic Boulevard Station. 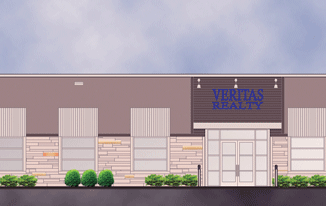 Veritas Remains in the Village