No, it’s not a bunch of posters. It’s a collection of original fine art.

You might not think an art collection would be at home in a children’s museum or as part of a family fitness experience, but the National Art Museum of Sport at The Children’s Museum of Indianapolis is no ordinary art collection.

NAMOS, as it is called, was founded in 1959 by Germain G. Glidden, a champion squash player and a painter. He saw NAMOS as “a bridge of understanding between two worlds, introducing art to the world of sports and sport to the world of art.”

In its first 10 years, the NAMOS collection traveled to various museums for special exhibitions. For the next decade it was housed at Madison Square Garden. Then it moved in 1978 to the University of New Haven in Connecticut. A selection of works from the collection came to Indianapolis in 1987 for the Pan American Games. NAMOS moved here permanently in 1991, headquartered in the Bank One Tower.

In 1994, NAMOS moved into IUPUI’s University Place Conference Center and Hotel, where it remained until that property was repurposed for classrooms and student housing in 2012. At that point the organization ceased operations and moved the collection to the NCAA Hall of Fame, where some works were displayed but most were put into storage.

The 960 paintings, sketches, and sculptures in the collection are an eclectic assembly of everything from ordinary people playing yard games to Olympic-caliber athletes. You will see not only a number of LeRoy Neiman original paintings but also some Winslow Homer woodcuts and a Seth Eastman engraving from 1853 showing Native Americans playing lacrosse. Look for Alfred Boucher’s 1886 classic sculpture Au But (To the Finish), Muhammad Ali’s 1979 serigraph Float Like a Butterfly, Sting Like a Bee, and Sterett-Gittings Kelsey’s 1970s sculptures of athletes in motion. Indianapolis painter C. W. Mundy has contributed a number of works to the museum’s new collection, including oils, pencil sketches, and even a print on hardwood basketball flooring.

“This is a great match in many ways,” said Chris Carron, director of collections at The Children’s Museum. “Sports art is all about capturing motion and inspiring people to change how they look at themselves. It is a very accessible way to invite people into looking at art,” he said.

The NAMOS collection is now a permanent part of The Children’s Museum’s collections, and the museum is responsible for display and interpretation. Teaching materials and study units have been created and will be available on the museum’s website.

“As with all of the museum’s exhibits, it’s not just about looking, it’s also about doing,” said Carron. “The goal is to inspire visitors to create their own art. You can learn how to sculpt in this gallery.” 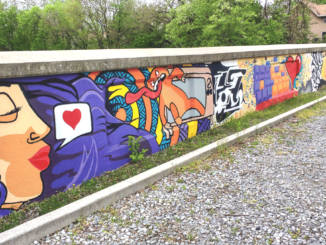 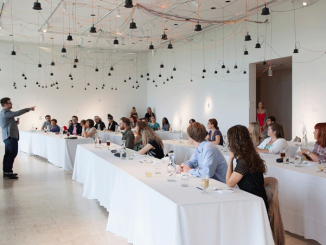 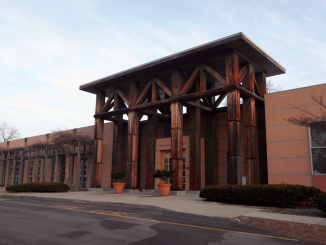