Socioeconomic disparities in respiratory health and smoking prevalence have not only persisted during the last six decades, but in some cases they’ve gotten wider, according to a new study published in JAMA Internal Medicine in May.

Titled “Socioeconomic Inequality in Respiratory Health in the U.S. from 1959 to 2018,” the study isn’t the first to show that lower income and education are associated with respiratory diseases like asthma or poorer lung health. But it’s noteworthy in that it looks at these trends over a long span of time, showing that even though air quality has improved and smoking rates have dropped over the past 60 years, disparities in respiratory health have persisted and the improvements haven’t been equitably enjoyed, according to the study.

Poor lung health reduces quality of life and is associated with an increased risk of death due to disease or harmful exposure, so a widening gap in lung function based on income and education can also mean a widening gap in life expectancy between poorer and richer Americans in the 21st century, the authors write.

“Our lungs can be a mirror of the inequalities in our society and they reflect the hazards that we face because of our [socioeconomic] position,” says the study’s lead author Dr. Adam Gaffney, a pulmonary and critical care physician at the Cambridge Health Alliance and an instructor in medicine at Harvard Medical School.

The study doesn’t include data from 2020, when the COVID-19 pandemic arrived and shined a light on existing disparities. But “it highlights the magnitude of this problem and I think it’s an important first step to develop more solutions and address these disparities,” says Dr. Sarath Raju, an assistant professor of medicine at Johns Hopkins, who wasn’t involved in the study but wrote an invited commentary on it in JAMA Internal Medicine along with Dr. Emily Brigham, also an assistant professor at Johns Hopkins.

The Study and its Findings

NHANES is an annual survey of about 7,000 randomly selected residents across the U.S. each year. It combines interviews and physical exams of participants. The survey, which is a representative of the U.S. population, is a major part of the National Center for Health Statistics, under the Centers for Disease Control and Prevention.

The researchers defined socioeconomic status by family income and adult educational achievement. They used thresholds from the U.S. Census Bureau to create family income quintiles. They categorized education as less than high school, high school, some college and college.

They looked at three types of pulmonary outcomes: Respiratory symptoms including shortness of breath, persistent cough and wheezing; respiratory diseases including asthma and chronic obstructive pulmonary disease (COPD); and lung volumes, measured by a standard clinical device called a spirometer.

They also looked at trends in socioeconomic disparities and prevalence of tobacco smoking among adults.

Researchers then examined time trends for each income and education group in the prevalence of current or former smoking, each respiratory symptom, asthma and COPD, and lung function.

Their analysis showed that income and education disparities in smoking behavior widened between 1971 and 2018.

“Our lungs can be a mirror of the inequalities in our society and they reflect the hazards that we face because of our [socioeconomic] position.”

Socioeconomic disparities for respiratory symptoms like shortness of breath and wheezing also widened.

Between 1971 and 1975, 44.5% of those in the bottom fifth of the income scale had shortness of breath compared with 26% in the highest income individuals, an 18% difference. In 2017 to 2018, the corresponding proportions were 48% and 28%, a 20% difference, the authors write. They found similarly persistent disparities by education.

Among children, asthma prevalence rose in all income groups after 1980, but increased more sharply among poorer children, researchers found.

Researchers found a similar pattern among adults with asthma.

Dr. Juan Celedón, the immediate past-president of the American Thoracic Society, isn’t surprised by these findings, given the economic trends in recent decades.

“Economic data shows that the gap between the rich and the poor has widened,” says Celedón, division chief of pulmonary medicine at UPMC Children’s Hospital of Pittsburgh and a professor of medicine, epidemiology and human genetics at the University of Pittsburgh.

The study did not include race, although there’s evidence that those gaps have also continued to persist.

In the 2015 study, “Time Trends in Racial and Ethnic Disparities in Asthma Prevalence in the United States From the Behavioral Risk Factor Surveillance System (BRFSS) Study (1999–2011),” published in the American Journal of Public Health, researchers showed that disparities in asthma prevalence by race and ethnicity increased between minority groups and whites in that decade. Blacks and Puerto Rican Hispanics were most affected, the study showed.

Chronic lower respiratory diseases, including COPD and asthma, are the fourth leading cause of death in the United States, leading to nearly 160,000 deaths each year, according to the CDC.

Several studies have shown an association between respiratory health and socioeconomic status, race and ethnicity, and place of living, including rural versus urban areas.

Some of the drivers for these disparities are smoking, air pollution, exposure to dust and gases in the workplace, nutritional deficiencies and lack of access to health care, Gaffney and colleagues write.

Add to those education and income.

“Income often mirrors education and also increases access to health resources and allows for adjustment of personal and family environment,” they write.

Meanwhile, even though air quality has improved and so have occupational exposures with the establishment of Occupational Safety and Health Administration (OSHA) in 1971, individuals with lower socioeconomic status and racial and ethnic minorities still face more workplace hazards and reside in more polluted neighborhoods, according to the study authors.

“Think about air pollution,” says Celedón, the former president of the American Thoracic Society, who wasn’t involved in the new JAMA study. “In this country, minorities and the poor are more likely to live close to a highway. And why do they live there? It goes back to things like poverty, segregation and redlining.”

In the May 2021 study “Racial Segregation and Respiratory Outcomes among Urban Black Residents with and at Risk of COPD,” published in the American Journal of Respiratory and Critical Care Medicine, researchers write that when two or more racial groups live separately, kept apart by housing policies, legislations, racism and discrimination, it may lead to worse health outcomes due to economic opportunities, social isolation, discrimination and environmental exposure.

In the 2017 National Bureau of Economic Research working paper “Is It Who You Are or Where You Live? Residential Segregation and Racial Gaps in Childhood Asthma,” Diane Alexander and Janet Currie show that place of living plays an important role in explaining disparities in childhood asthma rates, in addition to low birth weight, poverty and smoking.

“Clearly, understanding what aspects of neighborhoods contribute most to these disparities is key to reducing the racial gap in asthma, and potentially in other health conditions,” they write.

There also appear to be respiratory health disparities in rural versus urban areas.

In their 2019 study, “Rural Residence and Poverty Are Independent Risk Factors for Chronic Obstructive Pulmonary Disease in the United States,” Raju and colleagues show that people living in rural communities were more likely to have COPD than their urban counterparts, even after accounting for poverty and health insurance status.

“Development of respiratory diseases including COPD and asthma have to do with lifetime exposures to factors that can happen early in life and impact lung development much later,” says Raju.

Low-income communities historically have had a higher prevalence of exposure to indoor and outdoor air pollution, poor nutrition, low birth weight and childhood respiratory infections, all of which can contribute to increase risk of COPD and poor lung health, Raju and colleagues write.

Smoking is another driver of lung health disparities.

Some of these disparities are driven by a higher density of tobacco stores in low-income neighborhoods, tobacco advertising that’s targeted to low-income communities, including menthol cigarettes, and barriers in accessing smoking cessation resources.

“People in these communities try just as hard to quit smoking but they’re much less successful,” says Raju, due to barriers such as access to resources for smoking cessation programs.

In the 2020 study “Comparison of U.S. Federal and Foundation Funding of Research for Sickle Cell Disease and Cystic Fibrosis and Factors Associated with Research Productivity,” published in JAMA Network Open, researchers found that even though sickle cell disease is three times as prevalent as cystic fibrosis, affecting nearly 100,000 Americans, federal funding for both was about the same between 2008 and 2018.

Another issue is lack of diversity among researchers and health-care professionals. People who are minorities tend to do more research on minority groups, Celedón says. Also, minority physicians are more likely to practice in underserved communities.

To eliminate these disparities, there must be concerted efforts by stakeholders. Policy and societal actions are needed, Celedón says.

The American Thoracic Society, for instance, created the Health Equality Subcommittee in 2013 and since then has held workshops and published several papers, including one about its role in addressing the racial and ethnic disparities in the pandemic.

Meanwhile, in April, the Food and Drug Administration announced that it’s planning to ban all menthol and flavored cigarettes within the next year. The agency didn’t announce a specific date.

“With these actions, the FDA will help significantly reduce youth initiation, increase the chances of smoking cessation among current smokers, and address health disparities experienced by communities of color, low-income populations, and LGBTQ+ individuals, all of whom are far more likely to use these tobacco products,” said acting FDA Commissioner Dr. Janet Woodcock in a statement.

While the COVID-19 pandemic has shined a light on health disparities in the U.S., it has also helped the medical community to rethink the way it can deliver care and how it can reach out to different communities, researcher says.

“COVID revealed pulmonary inequalities,” says Gaffney. “I would hope that this experience and this kind of research help push us towards the policies that we need to ensure that everyone can live a healthier life and bring us to a state of health equity.”

Naseem S. Miller joined The Journalist’s Resource in 2021 after working as a health reporter in newspapers and medical trade publications, covering a wide range of topics from correctional health care to clinical trials.

For more on disparities in respiratory health, see a roundup of research on interventions to prevent asthma attacks. 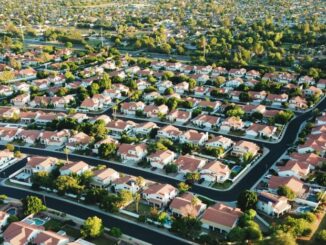 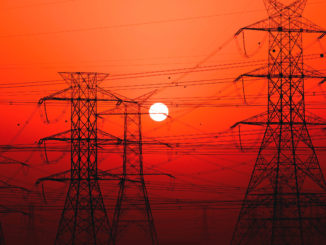 Many Americans Struggle to Pay Energy Bills During COVID-19 Recession