Each year, a National Day of Remembrance commemorates victims of the 2012 Sandy Hook Elementary School shooting in Newtown, Conn. The Indianapolis event took place Dec. 4 at the Artsgarden downtown. Volunteer gun safety advocates including the Indiana chapter of Moms Demand Action for Gun Sense in America, Purpose 4 My Pain, March for Our Lives, and We LIVE gathered for a vigil, inspirational music, and poetry, and the reading of the names of victims of gun violence—both in Newtown and Indianapolis.

Emcee DeAndra Dycus, founder of Purpose 4 My Pain, asked all members of the audience who had been affected by gun violence to join her on the stage, and about half the crowd did. Dycus said she formed the group after her son was injured by gunshots so families and survivors can feel supported. “You are not alone,” she told them. “We need gun safety laws that protect our children. We don’t want anyone else to join our club.”

When the Indiana General Assembly begins its short session in January, legislators will hear from concerned citizens as well as law enforcement officials seeking support for legislation aimed at treating the state’s epidemic of gun violence.

In an analysis of data from 2008 through 2017 compiled by the Centers for Disease Control and Prevention and the U.S. Bureau of Alcohol, Tobacco, Firearms and Explosives, the Center for American Progress [PDF] found that Indiana had 4.19 gun homicides per 100,000 people, the nation’s 17th-highest rate of gun murders. That rate is 9% higher than the national average. While only 10% of the state’s population is Black, 62% of gun homicide victims in Indiana are Black. Additionally, shootings are the leading cause of death for young people ages 15 to 24 in Indiana.

Statistics like these contributed to Indiana’s D grade on the annual Gun Law State Scorecard issued by the Giffords Law Center to Prevent Gun Violence. “Gun violence poses a serious health risk to the people of Indiana,” the Center’s fact sheet for Indiana states. [PDF] “Lawmakers owe it to their constituents to strengthen their state’s gun laws.”

A leading advocate for that effort is the Marion County Prosecutor’s office. “One of the things we’ve been very aggressive about is common sense gun legislation,” said Ryan Mears in an interview after he was selected by the Marion County Democratic Party caucus in October to complete Prosecutor Terry Curry’s third term. Curry stepped down in September 2019 for health reasons.

Mears remains committed to the ongoing effort. “One of the biggest things is that there’s no regulation of the purchase of firearms at gun shows,” he said. Another big loophole is internet sales. “So many people post online selling their firearms and, again, it’s not regulated in any manner. Those are two huge loopholes that we need to close.”

Senate Bill 28, introduced by Sen. Mark Stoops of Bloomington, seeks to do just that. It would end private sales—including gun show purchases—and require that all sales be conducted by a licensed Indiana firearms dealer, who is required to perform background checks on all sales.

The Indiana chapter of Moms Demand Action is supportive. Cathy Weinmann, Indianapolis local group leader, notes, “We are not an anti-gun group. We’re a pro gun safety group,” adding, “We’re not infringing on anyone’s rights by asking to control this. A private seller of guns doesn’t have to do background checks—that’s potentially millions of guns.”

She said members of her group will also support another Stoops proposal, Senate Bill 29, a Child Protection Act that Weinmann summarized this way: “If you have children in your home and you have guns, those guns cannot be accessed by the children.” In the event that an injury or death results from improperly stored firearms, the gun owner could be charged with a Level 6 Felony. “Currently, there’s no legal recourse,” Weinmann noted.

Ed Smith, of Hoosiers Concerned About Gun Violence, said his group also supports the proposed background check legislation. “You can’t purchase a gun legally if you’re a felon or have been arrested for aggravated assault,” he said. “But the ability for a private seller to sell at a gun show, on the street, or online is a problem in that the gun can no longer be traced if it was purchased without a background check.”

His group worked with legislators to introduce mandatory background check legislation in the 2019 session but were unable to get a hearing. “A high number of Americans support background checks—even a majority of gun owners,” he said. “Background checks are important to keep guns out of the hands of criminals,” Smith added. “Such limitations are for the purpose of public safety, not to eliminate guns.”

Unfortunately, given the volume of background checks that require additional review, the FBI has trouble keeping up. As reported in Roll Call  the FBI did not complete over 1.1 million background checks from 2014 through July 2019. The report says that by law the FBI must complete its review in three business days. If not, the licensed gun owner is permitted to sell the weapon. After 88 days, the FBI is required by law to stop the background check and delete the data from its computers. Efforts are under way at the national level to extend the deadlines.

When a background check succeeds, the FBI adds firearm and owner data to the National Instant Criminal Background Check System (NICS) that registered firearms dealers rely on. Local lawmakers do too, as a component of what is known as the “Red Flag” law.

Passed by the Indiana General Assembly in 2005, the law allows police to seek the court’s permission to confiscate firearms from persons they deem to be a danger to themselves or others. Unlike many states, Indiana’s red flag law has a provision that allows police to make a warrantless seizure of weapons if officers on-site make a determination about such danger. If guns are seized, the law outlines a series of legal steps that must be taken to determine whether the weapons should be returned or destroyed. The law withstood a 2013 legal challenge when the Indiana Supreme Court ruled that it was constitutional.

According to research published in 2015 by George F. Parker, MD, professor of clinical psychiatry at Indiana University School of Medicine, the Marion County prosecutor used the law to file petitions in court 404 times between 2006 and 2013. Parker reports, “The firearm seizure law thus functioned as a months‐long cooling‐off period for those who did seek the return of their guns.”

Mears said the prosecutor’s office files between 80 and 90 gun detention cases a year. “We exercise this very judiciously—it’s not something that’s rampant,” he said. While acknowledging that the law helps police de-escalate a tense and potentially dangerous situation, he wants to continue tweaking the law. “A lot of times people don’t even show up to our court hearings because they know they can just go out and buy more guns,” he said. “That’s a real problem—a real hole in the law that we need to close to make sure that when the police take guns, it also prohibits people from purchasing firearms until we’ve gone through the process and determined if this is someone, based on their mental health issues, that we, as a society, want to have a firearm.”

Regarding NICS, Mears said that if a judge determines that an individual cannot purchase a firearm because of a mental health issue, that name is entered into the database. “Right now, you don’t get added to NICS until the matter has been adjudicated. Our request would be that if police determine someone’s dangerous and we need to take these guns, it would be appropriate to add that person to the system immediately as opposed to waiting until the legal process plays out.”

Mears maintains it is reasonable to confiscate a firearm from people with mental health issues who may hurt themselves or someone else. “The biggest thing for us is if a police officer goes in and seizes guns, there needs to be some sort of mechanism where that person cannot purchase a firearm right away,” he said. His team is aware of the need to balance public safety with the interest in seeing that mentally ill citizens get treatment. “One of the great things about Indianapolis is we are a compassionate city. We are very sensitive to individuals who have mental health issues. The nice thing about this program is that it can often serve as a catalyst to get people the services or help they need because there has been some sort of intervention.” Mears said that due process is attached to the weapons. “One of the things this law allows for is if they address or treat the underlying issue, then the law permits them to get their firearms back.” 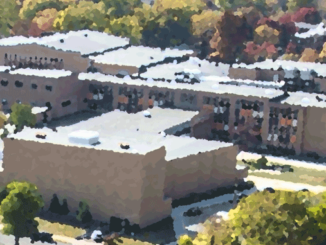 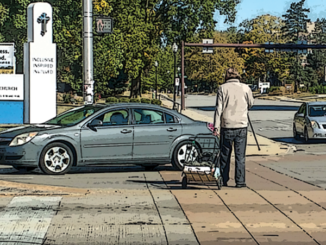 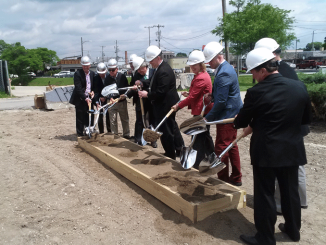