What began as another leadership vacancy at a school in the heart of Midtown reflects a deeper crisis, according to close stakeholders. It’s déjà vu for parents, educators, and community supporters of James Whitcomb Riley School 43. A succession of administrators and teachers have come and gone at the neighborhood Indianapolis Public School. Its state rating has gone from an A to an F.

The recent and promising principal Bakari Posey left IPS for a positon in Lawrence Township in February. He lasted about two and a half years at the PreK–8 school that serves about 450 students. His immediate predecessor walked out after only three months on the job. Parents, teachers, and community are disappointed. They had faith in Posey, who slowed an exodus of teachers and focused on school climate and culture for a conducive learning environment.

“I really like Bakari,” Butler-Tarkington Neighborhood Association president Clark Kirkman said. “I wish they could hit the jackpot again, to find someone like him, from the neighborhood, to keep up the momentum.”

Great Places Education Committee and Butler-Tarkington Neighborhood leaders have met with IPS administrators, including interim superintendent Aleesia Johnson. The search committee for a new principal will include parents and community representatives.

Stability is a priority for school stakeholders. At a public meeting Feb. 20 about the principal transition timeline, attendees described a school in crisis, but district employees say they have no means to address the urgency.

“What are we doing right now?” fourth-grade teacher Ryesha Jackson asked, citing unfilled vacancies for key discipline positions. “We need a crisis intervention plan now. Our data is terrible because we have no support.”

Interim superintendent Johnson indicated the district doesn’t have the capacity to address the request. Christina Smith, a parent with the IPS Community Coalition, said, “It’s troubling to hear parents and teachers begging for help, and the district leadership saying basically ‘this is going to be our plan.’ Is there not some type of crisis intervention team, a group of people who go into the schools and say, ‘Here is support, here are behavioral people right now until we get you somebody permanent?’ Teachers can’t teach if those things aren’t being dealt with right now, so what you have is students who are losing instructional time right before a [standardized] test that is going to determine the fate of the school.”

“That’s absolutely accurate and I agree with everything you said,” Johnson responded. “What I don’t have is that team of people to deploy tomorrow and say, ‘Go here.’ There are multiple vacancies, and that’s a nationwide trend.”

In a follow-up meeting March 7, IPS reported a filled teacher vacancy at School 43 as well as additions of an office assistant, student behavior specialist, and a parent involvement educator. IPS also hired four student behavior assistants from the MLK Center to work part-time in the school. Because it is a Transformation Zone school—one considered failing for multiple years—a number of district coaches and supervisors also stop in weekly to help enhance general instruction, Kardash explained. Former IPS commissioner Mary Ann Sullivan reported at a board meeting Feb. 28 that the school budget received an extra $285,000 this year for such district supports.

The situation is all about equity for parent Seretha Edwards, whose four children all attend School 43. She recently filed a successful complaint with the Indiana Department of Education against IPS for not implementing one son’s Individual Education Plan, a requirement of federal law. “This reflects an ongoing unstable situation,” Edwards said. “This is concerning because you wouldn’t see this in a nearby magnet school. You see it here because this is one of the few remaining neighborhood IPS schools on the far north side. If it gets too much [negative] attention, the district will outsource it to an Innovation Network charter company. I know that because I used to work for Stand for Children, which recruits parents to advocate for charter takeover of our neighborhood schools.”

Edwards hopes the next principal values shared leadership and authentic parent and community engagement and commits to staying for the long haul. “I want a person who is empathetic and able to resolve issues with parents and community without getting offended by the less civil of us who find ourselves constantly having to advocate for our children’s education,” she explained. “Someone who understands the importance of consistency, stability, and commitment.”

Alex Moseman, an IPS hiring coordinator, said at the February meeting that a strong building leader is necessary for academic achievement and a good fit. He, Kardash, and assistant principal Ellison outlined the principal search process and introduced a seven-step “galley walk” to get community input to develop a job posting. They said the school’s goal is achievement growth more than proficiency, and invited attendees to note desirable candidate qualities focused on diversity and equity, strategic planning and execution, people and systems management, building relationships and networks, and instructional leadership.

“The parents and teachers in attendance were clear in expressing their immediate, and frankly desperate, need for support now, not months from now when yet another principal is selected,” attorney and IPS parent Michele Lorbieski said after the first meeting. Lorbieski said she “asked Aleesia Johnson some tough questions after the meeting about what the district is going to do differently to support this school and stop the revolving door of principals. Her answers focused on better implementation of current resources. We’ll see if the district delivers on that.”

Paschal says deeper community intervention is the solution. “The three components to a successful school are parents, community, and the school and district staff,” she said. “IPS can no longer expect achievement in under-resourced schools. When IPS provided staff with the resources needed, it produced successful alumni. We the community have a choice, too. We can help educate the students now or charge them later with a crime. Community can no longer wait for IPS to do what they’re paid to do, so we’ll have to become more involved with the programming and staffing of our beloved school.”

Jim Grim is a member of the Great Places 2020/Butler-Tarkington Neighborhood Education Committee and the IPS Community Coalition as an advocate for parent and community engagement in public schools. He is director of university/community school partnerships in the Office of Community Engagement at IUPUI and has lived in Midtown for more than 30 years.

A version of this article appears in the April/May 2019 print edition of the magazine. 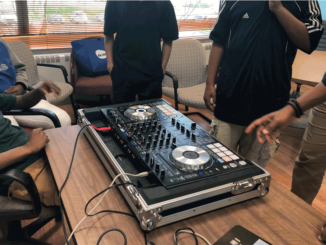 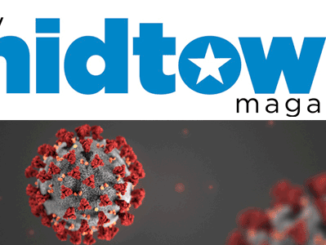 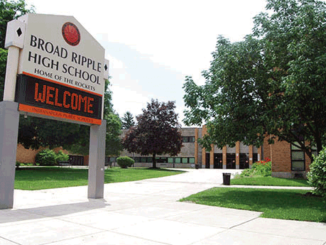