Winter weather appears to have accomplished what public safety concerns have not: reduced rental scooter clutter.

The seasonal time-out also affords an opportunity to review the impacts of widespread rental scooter deployment. The City’s Department of Business and Neighborhood Services (BNS) is doing just that.

Interdepartmental conversation involves BNS, the Department of Public Works, IMPD, and the Department of Metropolitan Development. “We’re asking other departments what they’re seeing and telling them what we’re seeing,” Pahls said. She said the goal is to “find ways to keep riders safe and property owners from having scooters on their property.”

According to the shared mobility ordinance passed by the City-County Council in 2018, BNS is responsible for enforcement. “BNS enforces only issues with companies, not individual users,” Pahls said. “We primarily are charged with issuing business licenses that companies have to get to operate in the City of Indianapolis.” Enforcing parking and placement in the public right-of-way is also BNS’s purview. Enforcing the ordinance provision that devices are not to be parked on private property without the property owner’s permission is not BNS’s mandate.

“Anybody who sees a scooter in the wrong place, or not upright, we ask them to get the scooter number and call it in to the companies,” Pahls said. “They have teams of people that can instantly go out and correct the violation.” While BNS has inspectors that respond to complaints, they’re not proactive. “We wait for violations to be reported. Typically by the time the inspectors get out there, the complaint has been resolved either by another rider picking up the scooter to use or by someone calling it in to the scooter company,” she said.

According to Pahls, BNS has not received many complaints. “Since we started enforcing the shared mobility ordinance, we have issued 84 tickets to the companies.” She added that BNS’s focus has mainly been on educating both the public and the scooter companies. “Because scooters are so new, everybody needs to understand the rules, and once the rules are known, the violations should start to subside,” she said.

Unlike IU Bloomington, which has dealt with the influx of scooters by impounding improperly parked scooters and charging scooters companies a fine to retrieve, a spokesman for Butler University Police Department reported that the campus has been quiet.

In response to questions, Butler PD issued a written statement. “We have seen very few scooters on campus and mostly see them parked on sidewalks or grassy areas off sidewalks on the outside perimeter of campus. We are currently using a low-profile enforcement, advising any violator of the rules. It has not been a serious issue for us as of yet but we anticipate an uptick in usage once warmer weather begins. We will/can adjust our policy once we get enough data and facts to do so.”

Prior to widespread deployment, Butler PD met with scooter reps and then issued a scooter usage policy to students and staff. The policy prohibits scooter use on campus sidewalks and reminds users they are subject to traffic laws on campus thoroughfares. In addition, “Scooters are not to be abandoned or haphazardly left on campus, against buildings, or in grass/landscaped areas.” Butler’s policy also prohibits electric scooters from being charged inside campus residence halls, academic buildings, or other campus facilities.

Without access to the data scooter companies collect from renters, there’s some question as to who uses the devices. Anecdotally, it appears some pedestrians prefer scooters to walking, despite how much planning, funding, and legislative effort has gone into making Midtown (and much of Indy) more walkable.

Kären Haley, executive director of the Indianapolis Cultural Trail, has data that indicates scooter users have affected bikeshare rentals. “Since scooters came to town, we’ve seen about a 30 percent decrease in day passes,” she said, adding, “We’re not any different from bikeshare programs across the country.”

She said Pacers Bikeshare data indicates a decrease in walk-up revenues, not annual or monthly pass holders. Haley said annual pass sales remain strong. “Bikeshare is how they get around the city, and that’s continued,” she said. “We’ve also seen an increase in participation and ridership in the past year in the Everybody Rides Program, regardless of scooters.” Everybody Rides is a subsidized-cost program available to people who qualify for SNAP or HIP 2.0 benefits and part of a commitment to equitable access.

While the Cultural Trail is privately owned, managed, and maintained, the space remains public right-of-way and is considered part of the City’s trail and greenway network, which renders it legally off limits to scooter users. While the ordinance states that scooters should not block or inhibit the public right-of-way when parked or staged, Haley said she and her team forward complaints to the City or scooter companies depending on the infraction. “We’ve had conversations with the juicers”—scooter company employees who recharge scooter batteries—“about not blocking the right-of-way,” she said. “Maintaining access is one of our biggest challenges,” she added, citing construction and service vehicles blocking the trail. “We work hard to keep the trail open 24/7, so from that standpoint scooters are not any different. It’s important to keep the Cultural Trail clear and accessible for users of all abilities.”

A version of this article appears in the February/March 2019 issue of the magazine. 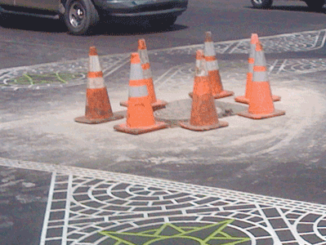 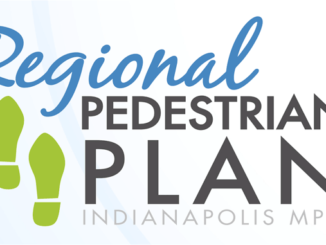 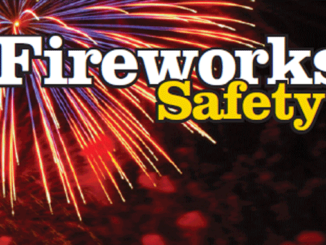