In a letter to the EPA requesting inclusion of the site on the NPL, [PDF] Indiana Department of Environmental Management (IDEM) commissioner Thomas Easterly cited the need for long-term cleanup due to the amount and types of pollutants in the area.

“Several municipal wells have been impacted with elevated levels of volatile organic compounds (VOCs), specifically trichloroethylene (TCE), vinyl chloride, and cis-1,2-dichloroethylene,” Easterly wrote. “The NPL listing appears to be the only viable alternative for addressing the existing environmental problems,” he concluded.

According to the EPA website, all of the chemicals identified in the plume have potentially significant health effects if consumed in excess of the EPA’s recommended maximum levels.

EPA says TCE is primarily used to remove grease from fabricated metal parts and in the production of some textiles. Consuming it from contaminated drinking water can affect the liver and may increase the risk of cancer. Vinyl chloride is a colorless organic gas used in the manufacture of numerous building construction products, automotive parts, electrical wire insulation and cables, piping, industrial and household equipment, and medical supplies, and is used most heavily by the rubber, paper, and glass industries. Vinyl chloride also can increase the risk of cancer. Dichloroethylene, used in making adhesives, synthetic fibers, refrigerants, food packaging, and coating resins, can affect liver function.

In 1980, Congress enacted the Comprehensive Environmental Response, Compensation, and Liability Act (CERCLA), [PDF] commonly known as Superfund, to address polluted areas that “may present an imminent or substantial danger to the public health or welfare.” In part, CERCLA authorizes “long-term remedial response actions that permanently and significantly reduce the dangers associated with releases or threats of releases of hazardous substances that are serious but not immediately life threatening. These actions can be conducted only at sites listed on EPA’s National Priorities List.” While inclusion on the NPL does not guarantee that federal funds will be allocated to a site, it is a necessary qualifying step prior to seeking access to EPA resources.

According to documents filed with EPA, the complex geology underlying the Keystone Corridor area and the number of potential contaminant sources spurred IDEM’s request for it to be listed. As part of its cleanup efforts, IDEM has identified 40 known users or handlers of solvents in the area as possible sources for the pollution. Further complicating matters is the fact that individual plumes are commingled and cannot be sorted for attribution of specific contaminants. Regardless of the source(s) of pollution, inclusion on the NPL does not assign liability to any party or to the owner of any specific property.

IDEM has been actively working on remediation of the former Tuchman Cleaners site for years. EPA notes that approximately 29,850,000 gallons of water were pumped and treated from the contaminated aquifer from December 1995 to December 2002. EPA reports that one municipal well has been taken out of production due to its proximity to the path of the plume. The agency is installing vapor mitigation systems at residential properties that exceed screening levels.

Citizens Water is responsible for the drinking water supply in Indianapolis and for making sure it meets federal regulations. “Citizens Water routinely samples finished water to ensure that it meets the requirements of the Safe Drinking Water Act,” says

Dan Considine, manager of corporate communications for Citizens Energy Group. “There have been no exceedances of EPA’s health-based drinking water program requirements.

“Citizens uses its groundwater and finished water monitoring to ensure that we are providing safe drinking water to the community,” he said. “Citizens (and the City previously) routinely samples the untreated groundwater from production wells in order to understand the characteristics of this water. This data has been provided to IDEM and EPA to support their request to have the Keystone Corridor added to the Superfund List.”

Considine added, “We are also evaluating the need for treatment at the production well—a carbon filtration system, for example, that would more actively remove contaminants from the groundwater.”

Congressman André Carson, whose 7th District includes the Superfund site, is encouraged that EPA has been engaged. “I am reassured that EPA has come in to monitor and cleanup the site,” he said. “They have successfully managed major cleanup efforts across the country, and the expertise and resources on this project will ensure local residents have a safe and healthy community as soon as possible.”

EPA requires all community water systems to prepare and deliver a consumer confidence report for their customers by July 1 each year. Read the current Citizens Energy Group water quality report.

A version of this article originally appeared in the February/ March 2014 print edition of the magazine. Updated November 7, 2018.

Update: Mitigating A Case of the Vapors 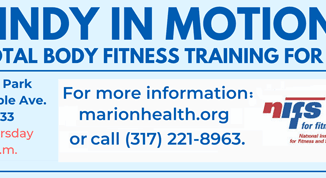 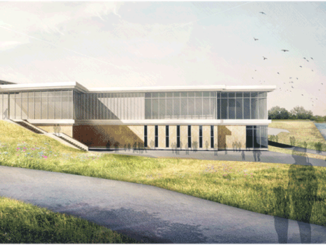