On June 19, Mayor Joe Hogsett visited Broad Ripple Park to kick off the Summer Servings program, which offers free nutritious meals to kids 18 and under. “There is no greater cause than the well-being of children,” he said during brief remarks. “Food insecurity affects one in five households in Central Indiana. It’s a daunting challenge but the community is united.”

Funded by the U.S. Department of Agriculture, the program is administered in Indiana by the state Department of Education. Indy Parks director Linda Broadfoot said that during the past five years, “Our total impact has been over 2 million free meals served at a cost savings of over $6.8 million.” Recognizing the program’s success in adding locally sourced foods and providing nutrition information in 2018, the USDA bestowed Indy Parks with a “Turnip the Beet” gold award.

The event also featured the launch of the Meals on the Go app. The brainchild of recent Park Tudor graduate Cole Momcilovich, Meals on the Go shows the nearest location for a free, healthy meal. “I’m a kid helping other kids,” he said. He noticed that only 20 percent of eligible children were taking advantage of the summer meals program, so he set out to find an app developer. He found Auri Rahimzadeh, who has experience working with state and local governments on apps. The pair worked six months on the project for Indy Parks. “No personal identifiable information is collected,” Rahimzadeh said, though some general data is collected to help refine and improve the app’s design and performance. The pair hope to launch the app nationwide in autumn.

Free meals are available Monday through Friday for the entire summer! Midtown locations include: 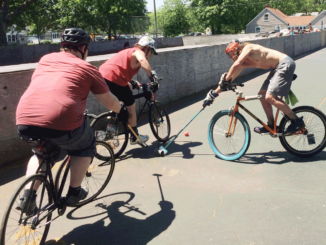 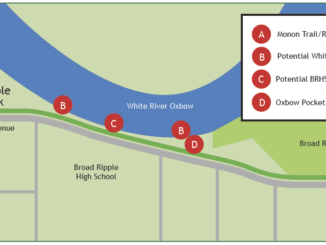 Help Turn the Broad Ripple RiverWalk from a Dream into Reality