No federal law barring discrimination against LGBT workers in hiring, promoting and firing existed in this country until this week.

Although some may have believed LGBT individuals were protected from discrimination following the Supreme Court’s Obergefell v. Hodges decision that found the fundamental right to marry is guaranteed to same-sex couples, this was not the case.

I’m a professor of business law, and I believe the Bostock v. Clayton County, Georgia decision issued on June 16 could be one of the most important in the Civil Rights Act’s history.

On the basis of sex

Title VII of the Civil Rights Act made it illegal for employers to discriminate based on an individual’s race, color, religion, sex or national origin.

In October 2019, the U.S. Supreme Court heard three cases that raised the question of whether the act prevents discrimination toward LGBT workers on the basis of sex.

Two of the cases were brought by men who allegedly lost their jobs because they are gay. The third case addressed transgender discrimination in the workplace. All three cases were consolidated and decided by Bostock v. Clayton County, Georgia.

“On the basis of sex” are the crucial words in the Supreme Court’s decision. Some commentators have expressed surprise that two traditionally conservative justices, Chief Justice John Roberts and Justice Neil Gorsuch, joined with the four traditionally more liberal judges in the 6-3 decision. But given the rise of “statutory originalism” and “textualism” in judicial interpretation, I don’t see the result as remarkable.

Originalism means courts should interpret laws based on their original intent or purpose.

Judges who subscribe to textualism believe they should evaluate only the words of a statute enacted by Congress and not consider evidence outside the statutory language.

In this case, the clear language used by Congress in enacting Title VII determined the outcome. Justice Neil Gorsuch, who is known to employ both textualism and originalism in judicial interpretation, authored the majority opinion extending protection from employment discrimination to millions of people.

Gorsuch’s opinion examined “on the basis of sex” through both the textualism and originalism lens.

In the first paragraph of the decision: “An employer who fires an individual for being homosexual or transgender fires that person for traits or actions it would not have questioned in members of a different sex. Sex plays a necessary and undisguisable role in the decision, exactly what Title VII forbids.” In other words, “on the basis of sex” means “due to sex” and not, as it so often is interpreted, male or female gender.

Gorsuch goes on to write: “[The statute] tells us three times – including immediately after the words ‘discriminate against’ – that our focus should be on individuals, not groups.”

In 1989, the court held that Title VII prohibited an employer from denying opportunities to a woman based on “stereotypical notions about women’s proper deportment” in Price Waterhouse v. Hopkins. In that case, Ann Hopkins received advice from her employer that, if she wanted to make partner at the firm, she should act more feminine. The court’s ruling meant that an employer couldn’t penalize an employee based on gender nonconformity under Title VII.

In Oncale v. Sundowner Offshore, a unanimous Supreme Court held that same-sex harassment is sex discrimination under Title VII. The case involved a man working on an oil rig being bullied by other men because he was considered effeminate. That 1998 opinion was written by Justice Antonin Scalia, then the avowed originalist on the court, and opened the door for an expansion of Title VII.

Justice Gorsuch placed these cases in a textualism context when he said, “So an employer who fires a woman, Hannah, because she is insufficiently feminine and also fires a man, Bob, for being insufficiently masculine may treat men and women as groups more or less equally. But in both cases the employer fires an individual in part because of sex. Instead of avoiding Title VII exposure, this employer doubles it.”

The originalism lens immediately follows in the second paragraph of the decision: “Those who adopted the Civil Rights Act might not have anticipated their work would lead to this particular result … But the limits of the drafters’ imagination supply no reason to ignore the law’s demands.”

Justice Gorsuch goes on to explain why the textualism reading must prevail by noting that Title VII’s protected class of sex was complicated from the start. However, the original intent of the drafters is not relevant when clear statutory language is used.

He wrote, “This Court has explained many times over many years that, when the meaning of the statute’s terms is plain, our job is at an end.” Therefore, when the statute refers to sex, and that is the basis upon which the plaintiffs were discriminated against, originalism is not a factor.

Justice Kavanaugh, the other justice appointed during the Trump administration, authored a dissent. Justice Alito filed a separate dissent, joined by Justice Thomas.

One of the many questions that remain following this clear victory for LGBT rights is how this will impact religious liberty laws.

Many states have passed religious liberty statutes, and the court has considered the religious liberty claim on a national level. In Masterpiece Cakeshop v. Colorado Civil Rights Commission, the court found that a Colorado Civil Rights Commission was hostile toward the religious objections of a cake shop owner who refused services to a couple entering a same-sex marriage.

In that case, the court was able to issue a narrow ruling that sidestepped the broader First Amendment issues of free exercise of religion and free speech. I am certain that more cases that challenge these rights more directly will follow.

For now, civil rights proponents can claim a clear victory in this important workplace discrimination case that broadly expanded the rights of LGBT employees across the country.

Julie Manning Magid is a professor of Business Law at IUPUI

This article is republished from The Conversation under a Creative Commons license. Read the original article. Portions of this article originally appeared in a previous article published on Nov. 5, 2019. 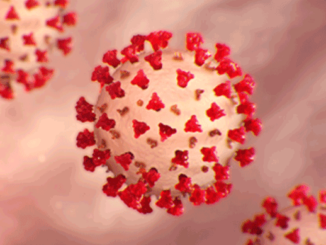 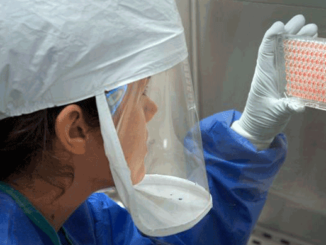 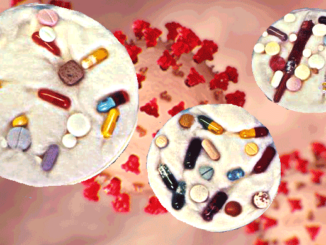