COVID-19 has at least one silver lining. The United States is experiencing the largest boom in bicycling since the oil embargo of the 1970s. Indianapolis is no exception, as the bicycle has become a more important mode of travel. Local bike shop owner Charlie Revard said recently, “We have sold an entire season’s worth of bikes in just one month.”

Cycling provides a form of socially distanced travel and exercise perfect for residents stressed by stay-at-home orders, rising unemployment, cabin fever, and warmer weather. Many people have turned to biking as a way to get out for exercise and fresh air as well as a safer way to travel to essential employment. The Monon Trail through Midtown is one of the most heavily used trails in the city’s 100-mile trail and greenway system. Plans to widen it have been delayed until next year, so many cyclists transitioned to bike lanes on streets that have had 40 percent fewer cars during the pandemic. “There has never been a better time to ride on the streets because so many cars are parked at home,” said Andy Gremos, board president of Bike Indianapolis, a local bicycle advocacy group.

This surge is good news for an industry that has in recent years seen more shops close than open. Bill Rowe, operations director at Freewheelin’ Community Bikes, 3355 Central Avenue, in the Mapleton-Fall Creek neighborhood, is seeing a lot of new faces. “I estimate that 35 to 40 percent of our customers lately are first-time riders or riders returning to cycling after years away from it,” he said. He urges veteran riders to welcome new riders with patience and grace so that they will continue to ride as things return to normal.

Midtown shop owners found that price is still a driving factor in sales. “First, the bikes under $1,000 were hot, then those under $2,000,” said Charlie Revard, owner of the Bike Line, 6520 Cornell, in Broad Ripple. He added that the pandemic’s impact on supply chains means that local shops are unable to restock, no matter what brand. “Bicycles will be hard to purchase for the rest of the riding season,” he said. “I’ve got 500 bikes on back order.”

The used bicycle market is not filling the void in new bike availability, Rowe said. “Bikes are being bought as fast as they become available, and fewer are becoming available.” He and other local shopkeepers warn potential buyers to avoid poorly built or poorly assembled bicycles that may be found in big box stores. “People think bicycles are simple toys, but they aren’t,” he said. Rowe added that good service and accessories are important to a pleasant experience, especially for people who haven’t been on a bicycle in a long time.

Not only sales have skyrocketed during the pandemic; service has as well. Bikes that have been in storage for a long time often need a complete overhaul before they are safe to ride. Customers should be prepared to wait for a chance to get their bikes serviced because shops are extremely busy. For example, Bicycle Hospital, 3702 W. Dr. Martin Luther King Jr. Street, in Clifton on the River, recently had to close its doors for a day so staff could focus all of their energy on servicing bikes that had been brought in.

Handling bicycle sales and service has proven to be a challenge to bike shops that were deemed “essential businesses” during this pandemic. Shops have taken to appointment-only visits, or outdoor sales and service. Bill Rowe of Freewheelin’ said, “Customers aren’t allowed in the shop. We meet them at the door and complete the transaction while maintaining a social distance.” Over at the Bike Line, Revard has created a modified outdoor experience for customers by moving shop inventory outside and marking the area for social distancing.

The bicycle boom of the 1970s lasted about four years before people got used to the price of gasoline and went back to their cars. Will the current boom last longer? Revard believes that it all depends on creating more infrastructure that makes people feel safe. The city is working to make that happen. In addition to the planned widening of the Monon Trail, work is under way to build a bridge across 38th Street for Monon users. The city has designed a network of low-traffic streets that will become a “neighborway” network, with lower speed limits, signs, and other indicators for motorists that these streets are designated for cycling. Some of the first streets to receive this designation traverse Midtown and provide better east and west travel for bicyclists. In addition, several other bicycle infrastructure projects that will close gaps in the existing network are under construction, in addition to upgrades of the Fall Creek and Pleasant Run trails. For Midtown residents, the extension of the Canal Towpath from its current termination at 30th Street to Burdsall Parkway will create a connection to other paths in the City’s trail network.

While internet posts assert a need for up to 30 feet between riders, they are based on the physics of cycling rather than the transmission of the coronavirus. Riders should practice social distancing by staying 6 feet away from a rider next to them and leaving at least two bike lengths between them and riders in front of them. They should travel in groups of a dozen or fewer. They should be careful when approaching or passing others so as not to encroach on their space. A mask and some hand sanitizer are always good to have with you both on and off the bike.

The added precautions and increase in activity has strained many shops and their customers. Most customers have been understanding and patient. When one customer complained, Revard said his response was, “This is our first pandemic. We’ll do better next time.” 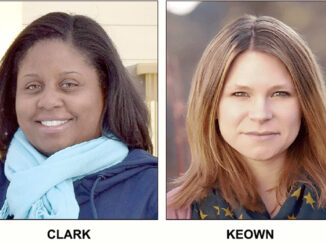 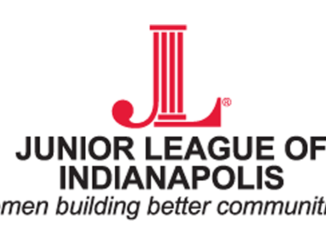